G-Mac back in the winners enclosure 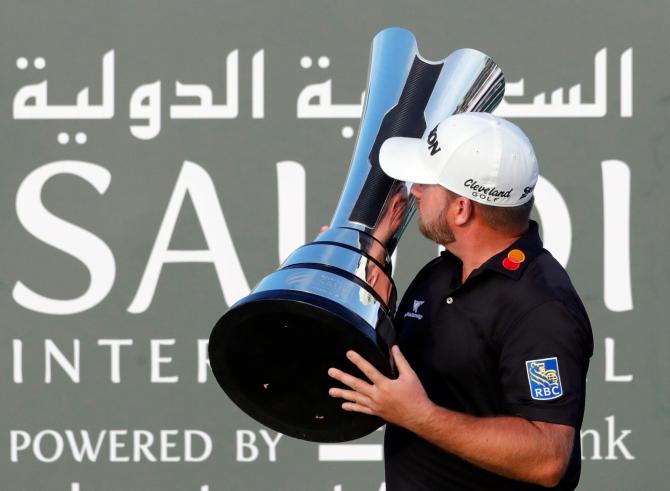 Graeme McDowell celebrates victory in the Saudi International on Sunday.

FORM is temporary, class is permanent.

Portrush golfer Graeme McDowell proved that adage to be true on Sunday as he fought off a world-class field to win the Saudi International.

His victory at the Royal Greens Golf and Country Golf was his first European Tour title since 2014 and looks likely to catapult him back inside the world's top 50.

The win also comes almost ten years since his historic US Open win at Pebble Beach.

Now, the 40-year-old is targeting a big 12 months which could include playing in the Ryder Cup and representing Ireland at The Olympics in Tokyo.

"This is huge," admitted the Rathmore clubman.

"It's a world class field, the number one player in the world is here, so it's massive to win.

"Hopefully I can kick it on into the new season," he added.

Victory in Saudi Arabia is reward for hard work put in by G-Mac with new swing coach Kevin Kirk.

The pair teamed up last August with early indications that it could be a profitable partnership.

* Further reaction to Graeme McDowell's victory in Tuesday's Chronicle - along with reports from Rathmore, where it all started, and all the rest of our local clubs.