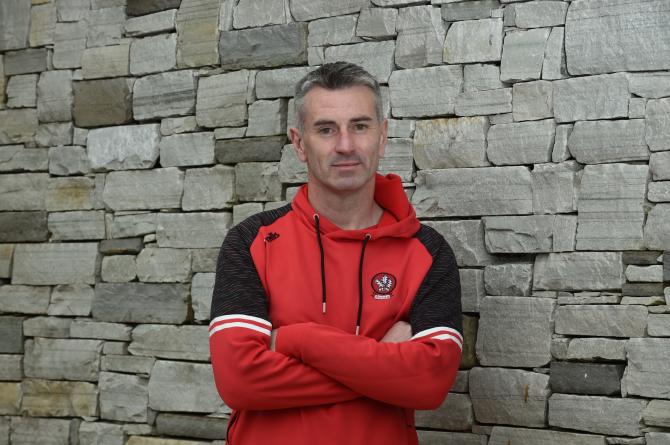 DERRY manager Rory Gallagher admits he is okay with his team being regarded as favourites for Saturday’s eagerly anticipated All Ireland quarter-final meeting with Clare at Croke Park.

The Oak Leaf side have started each of their previous three outings in the Ulster senior football championships as outsiders but defied the odds to dump defending All Ireland champions Tyrone, Monaghan and Donegal out of this year’s series.

They now find themselves in the unusual position of being the bookies’ favourites to get past the westerners and secure a place in the All Ireland semi-finals.

However, rather than baulk at the suggestion, Gallagher is keen for his players to embrace the mantle of favouritism ahead of the county’s biggest game in a generation.

“I wouldn’t be worried about that at all,” admitted the Fermanagh man this week.

“I’ve said to the boys that ideally we would be going into the game as favourites as that would mean we’re doing a lot of things right. For me, it’s something to be embraced really,” he added.

The counties have already met this year, in a league game in Ennis which the visitors won comfortably enough, but Gallagher is experienced enough to know that that game will have little bearing on what happens this weekend.

Of more relevance, perhaps, is the experience gained by this group of players at GAA headquarters almost exactly a year ago when they demolished Offaly to win the National League Division Three title.

“Croke Park is a brilliant arena and we’ve got great memories of the league final there last year,” he continued. “We’ll go there with confidence of playing our game and hopefully pushing on to where we want to be.”

Thousands of Oak Leaf fans are expected to descend on the capital this afternoon, first to watch the county's minor team in action against Galway in the semi-finals of the All Ireland Minor Football championship at Parnell Park and then just a few hours later against the Banner county at headquarters.

It promises to be a memorable afternoon - but only if the sides are successful.

Which I believe both will be.

Reports, photos and reaction from both games in Tuesday's newspaper.