“We need the fans’ support” - Gleeson 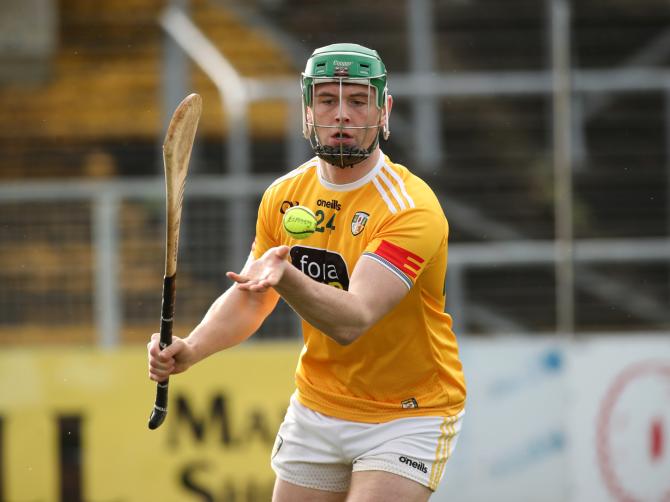 ANTRIM HURLING manager Darren Gleeson is appealing to supporters to come out in force for his side’s second Divison 1B game against Dublin this weekend, writes Jason Craig.
The Saffrons opened their Division 1B account against Kilkenny last Saturday and, despite scoring three goals at Nowlan Park, went on to lose the game by three points.
Seaan Elliott struck in the first half before he was joined on the scoresheet by Conor Johnston and Neil McManus after the break. However, it still wasn’t enough to prevent ‘the Cats’ from taking a hard-fought 2-15 to 3-9 victory.
Only a handful of Antrim supporters made the trip south, with Gleeson reminding fans of the real difference they can make to the players when they take to the pitch.
“We need a big crowd out for that game,” said Gleeson. “The Antrim people need to get out to Corrigan Park this Saturday and support this team.
“We’re getting a lot of support from distance and we need it at the field this weekend.
“They need to get behind these lads as they’re giving it everything as they have done for five and six nights a week now.
“People need to get into Corrigan this Saturday and give these lads the support they deserve,” he added.
Gleeson has also called on his squad to raise their game in training this week in the build-up to a must-win game against Dublin.
But for more clinical finishing in front of goal against Kilkenny, Antrim could have caused a real upset against the 36-time All Ireland winners.
“I’m disappointed we didn’t make the most of our purple patch when we had it,” he said. “They had their purple patch after half-time and went seven points up. We came back at them hard.
“We were getting scores but we were getting them on their own. When teams score 1-2 or 1-3 against us, we only reply with the odd score.
“We got our purple patch with a goal and they responded with two points. That’s the type of thing we need to be doing, putting a patch of scores together.”
Meanwhile, there was a huge upset at the weekend for Loughgiel Shamrocks in the Ulster Club Intermediate Camogie Championship final. They went down to Eoghan Rua 0-7 to 0-12.
For more GAA coverage, see pages 48, 49 and 50.