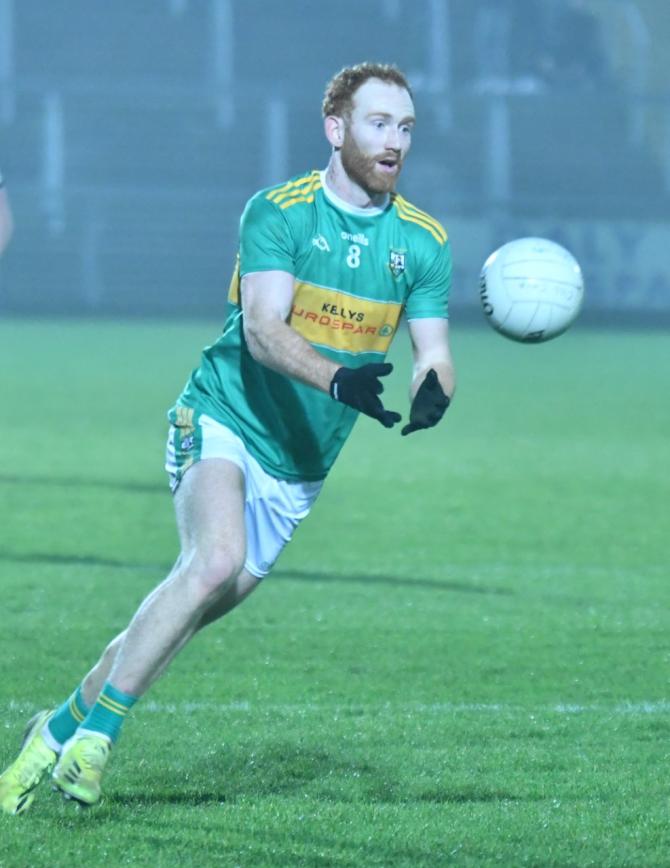 Conor Glass and his Glen colleagues may be given a rest by Derry manager Rory Gallagher following their club exploits.

DERRY senior footballers will play their first competitive game since their agonising loss to Donegal in the Ulster Championship nearly six months ago this weekend.
They will take on Ulster finalists Monaghan in round one of the McKenna Cup this Friday at Owenbeg under lights.
The rather late 8.15pm start is to accommodate Monaghan’s long journey.
The McKenna Cup is, in a way, a manager’s dream. Nobody cries if you lose and it gives the opportunity to give new and young players a taste of competitive action.
In terms of youth, both Derry and Monaghan have lots of prospects.
In recent times Monaghan have had the squeeze on Derry at the younger age levels.
They beat the Oak Leaf’s under 20 team at Celtic Park in the first round of the under 20 Ulster championship and also in the 2017 Ulster minor final.
After beating Donegal in the Ulster Under 20 semi-final this year tragedy struck the Farney county when their inspirational captain Brendan Og Duffy was killed in a road accident on his way home after the game.
Under a cloud they lost narrowly to Down in the final.
The delayed 2020 Ulster minor final saw the Derry youth as the best in the land.
After beating Armagh, Tyrone and Monaghan they went on to hammer Meath (now the 2021 champions) and recorded a superb win over Kerry by 2-12 to 1-14.
A number of that team have been called into the senior squad and some of them could figure in this forthcoming game.
With the Slaughtneil hurlers awaiting the All Ireland semi final against the Munster champions a number of their players will be missing from the Derry squad.
That rules out Chrissy and Karl McKaigue, Paul McNeill, Brendan Rogers and top scorer Shane McGuigan.
The Glen players have just joined the squad after their Ulster club football campaign and manager Rory Gallagher will most likely give them a rest.
Steelstown’s outstanding forward Ben McCarron will be another absentee as his club plays Moortown in the Ulster intermediate final a two days later.
That effectively rules out over half the regular team so we are likely to see a very youthful Derry team in action.
Several of the Downey brothers and cousins from Lavey, Oisin McWilliams from Swatragh, Shane Heavron of Magherafelt and his club mate Conor McCluskey plus Desertmartin’s Lachaln Murray could see some action.
With Monaghan players like sweeper keeper Rory Beggan, Kieran and Darren Hughes past the 30 mark, their manager Seamus ‘Banty’ McEnaney will be looking to the future.
The Hughes brothers were both sent off against Glen in the club championship. Their best player that day was Shane Carey and he is likely to be included in their front six for this game.
The expansive Owenbeg pitch requires a lot of staying power and the fittest team is likely to finish in front.