Glen to get better of Monaghan men 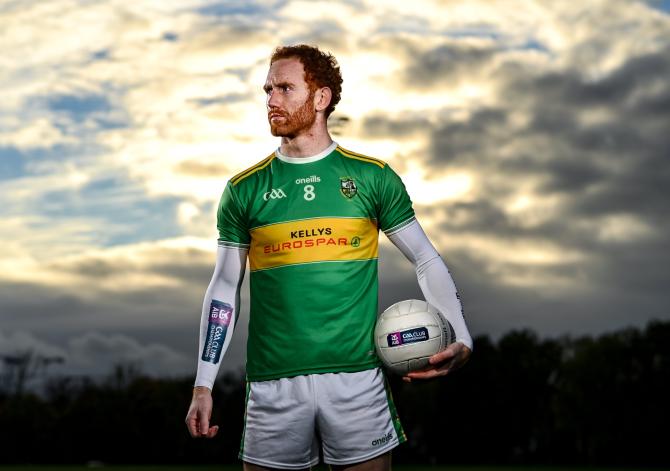 AFTER Glen had beaten St. Eunan’s in the preliminary game their manager Malachy O’Rourke said he was looking forward ‘to meeting old friends’ again.
He was referring, of course, to the Scotstown players he managed when he was in charge of the Monaghan county team.
He was thinking of men like brilliant goalkeeper Rory Beggan (the attacking goalkeeper), Darren and Kieran Hughes, Conor McCarthy and Shane Carey.
Scotstown have a good recent record against Derry clubs.
In 2015, they beat the then Ulster champions Slaughtneil who were badly hit by injuries. They reached the Ulster final but lost an extra time thriller to Crossmaglen by 2-17 to 2-12.
Slaughtneil went on to collect the 2016 and 2017 Ulster titles.
In 2018, at Omagh, Scotstown, who had all the luck that was going, beat Eoghan Rua Coleraine by a point. That point from a soft looking free was converted by Rory Beggan. They lost in the final to Donegal champions Gweedore.
Scotstown’s county final victory over Truagh was the 21st time they picked up the Monaghan title. They won comfortably by 1-12 to 0-8.
While they have 21 county titles, Glen have just one but still go in as favourites given their pace and relative youth.
That fortunate enough win over St. Eunan’s has been a warning shot to Malachy O’Rourke’s team.
Such was the quality of their play when breezing through the Derry championship that they were installed as one of the favourites for the Ulster and All Ireland titles.
Before reaching that conclusion the quality of opposition they faced in Derry has to be questioned. Certainly they looked the part in beating the holders Slaughtneil in the final.
Experience counts for a lot in club championship football, especially when the weather is normally cold and wet as well as the pitches being heavier.
Scotstown’s goalie Rory Beggan set a new standard, he often acts as an extra outfield player with a defender dropping back to cover.
His long range free taking is exceptional; he will take two steps back and hit the target from anywhere inside sixty metres.
The Hughes brothers - Darren at centre half back and Kieran at midfield - have been on the seven Monaghan championship winning teams in the last nine years.
Conor McCarthy at full forward is a real goal getter. They tend to play on the front foot and are likely to be the total opposite to St. Eunan’s the Donegal champions who were very defensive.
The Glen defence and midfield have been outscoring their attackers but as long as the scores are on the board it may not matter where they came from.
However, Malachy O’Rourke must be a bit concerned in that four of his starting forwards did not score from play in any of their last two games. What he might be looking at is the impression that Stevie O’Hara, Alex Doherty and Cathal Mulholland made when they came off the bench in the late surge at Lettrerkenny.
The expected return of Emmett Bradley, the team’s most experienced player, should be a boost. His long range free taking and tactical ability was missed in the last game. He can push forward into the full forward line almost unnoticed to win a high ball. Along with Conor Glass (above) they have dominated midfield in all of their games this season.
There has a lot of pressure put on this Glen team not by themselves or their manager but speculation that they can win the All Ireland club title in their first year as county champions.
Derry clubs always do well in Ulster. They have collected the cup on 15 occasions and have had seven different champions. Back in 2003 Malachy O’Rourke took a young Loup team to the Ulster title, he could well do another first timer with Glen if feet are firmly planted on the ground.
Glen have an excellent defence with Michael Warnock, captain Conor Carville and brilliant centre half Ciaran McFaul consistently good.

If they can get a bit more out of their attack an Ulster semi final beckons.

Paul and friends complete day one!

Lidl puts new Coleraine store in sight for next year

Appeal for information after Portrush assault