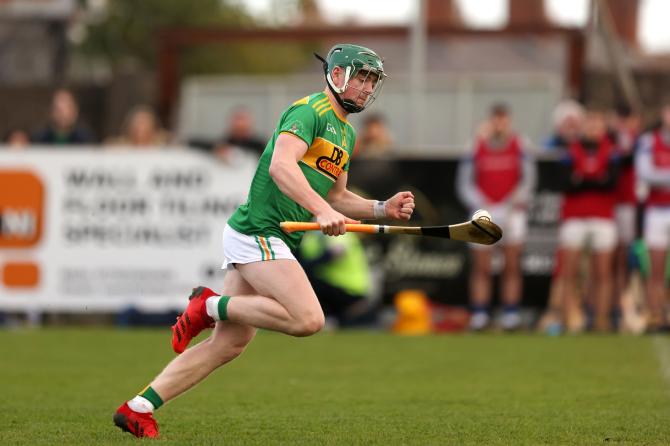 Conal Cunning, one of 14 Dunloy players nominated for an All Star.

AFTER AN enthralling 2021 Antrim Hurling Club Championship that produced so many memorable matches, individual displays and duels at Senior, Intermediate and Junior level, the judging panel have released the following panel.

There are three nominees for each position on the Devenish Antrim All Stars 21 Hurling Team of the Year and fans are asked to make their choice and record their vote on 'thedevenishallstars.com.'

What a field there is to pick from with, not surprisingly, county champions Dunloy heading the list with 14 nominations. The only position they have missed out on is that of left half forward.

Rossa has seven players to choose from with St John's next on five.

Surprisingly, both Loughgiel and Cushendall have only four each with Intermediate champions Carey matching them.

Junior champions Glenravel have managed a couple of nominations with Cushendun, Creggan, Cloney Gaels, St Enda’s and Ballycastle all on one each.

What if everyone from the clubs with one nomination were were to go after their own man, then, I reckon ten other places would have to be filled.

Such is the fickle nature of a voting system!