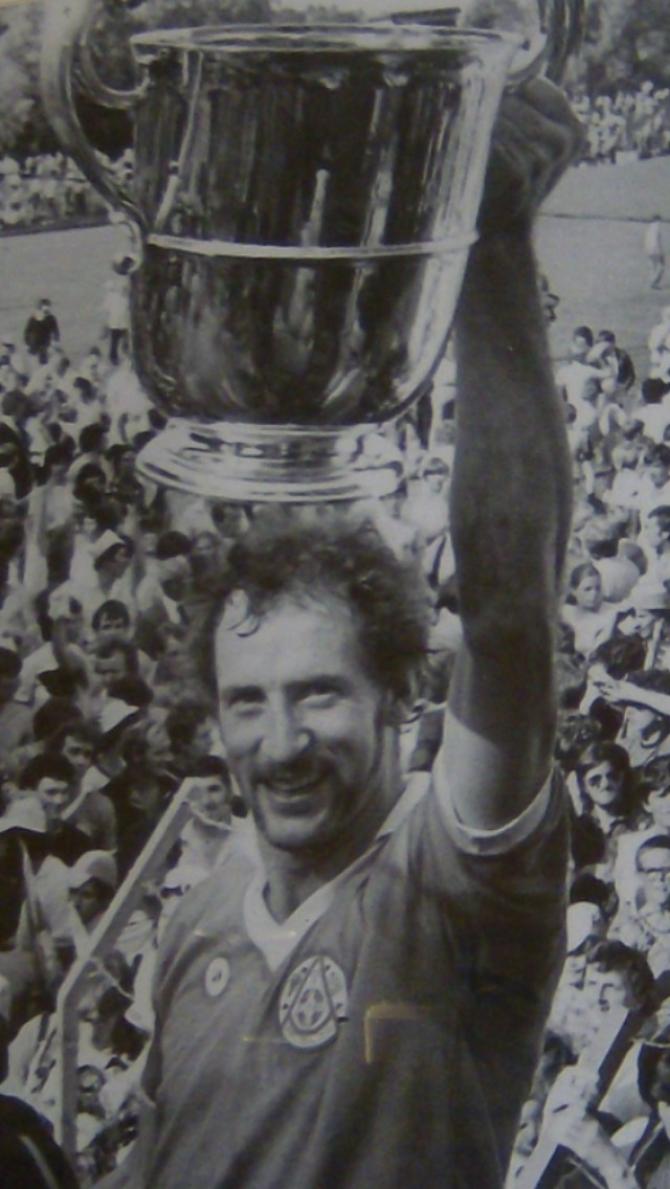 The GAA family are in mourning after it was announced that Armagh GAA legend Colm McKinstry had passed away last night.

A Lurgan native, Colm turned out for local side Clan na Gael as well as being part of the memorable Armagh side that played in the 1977 All Ireland Final against Dublin.

Ten senior county titles and three Anglo-Celt Ulster titles later, he called time on a fantastic playing career which came to an end in the mid-eighties.

Paying tribute to Lurgan star on social media, Gordon Hamill of the Lurgan Grapevine, recalled: “One of my earliest memories of the GAA was going up to his house in Pinebank in 1982 to get a good look at the Anglo Celt cup.

“Hundreds of kids did the same, and it didn’t take one flinch out of the big gentle giant.

“I had a scrapbook in which I kept photos of Armagh players, in one Colm’s ankles are level with a man’s shoulders with him full stretch and ball in hands – I never saw a photo like it before or since – he was simply one of the greatest fielders of all time, people in Cork and Kerry will tell you the same. I wish I had that picture now.

“I won’t put a picture up I will picture him in my mind’s eye in that picture, I used to have of him soaring into the sky, rescuing that ball from the clouds over Davitt. Deepest condolences to his family”

One man on social media left the comment: “One of the best fielders of a ball that played the game.”