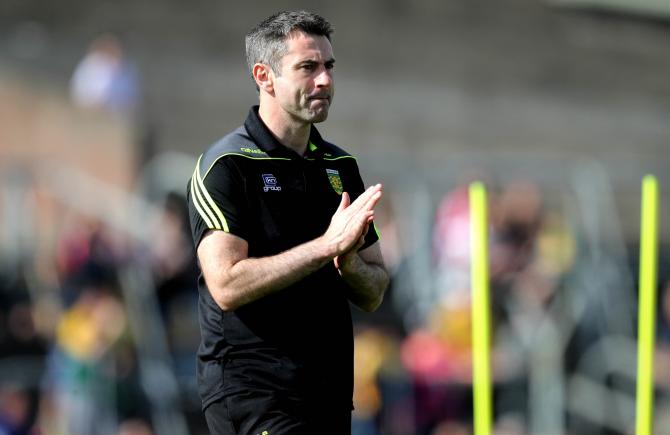 RORY Gallagher's Derry will play the winners of the preliminary round featuring Down and Donegal in the last eight of this year's Ulster SFC.

The Oak Leafs discovered their fate when the draw for this summer's tournament was made on Tuesday evening.

The preliminary round game takes place on June 26 with the quarter-final games taking place thereafter.

Apart from the meeting of Derry and Down or Donegal, the last eight games feature Armagh v Antrim, Monaghan v Fermanagh and Tyrone against last season's champions Cavan.

The semi-finals features the winners of Armagh/Antrim taking on either Monaghan or Fermanagh with the winners of the Tyrone versus Cavan clash playing whoever emerges from the Down/Donegal/Derry conundrum.

The final is scheduled for the weekend of July 31.

Meanwhile, Antrim's hurlers have been drawn to play Dublin in the Leinster SHC quarter-finals.

If they overcome the Dubs, they will go forward to meet 2017 All Ireland champions Galway in the semi-finals.