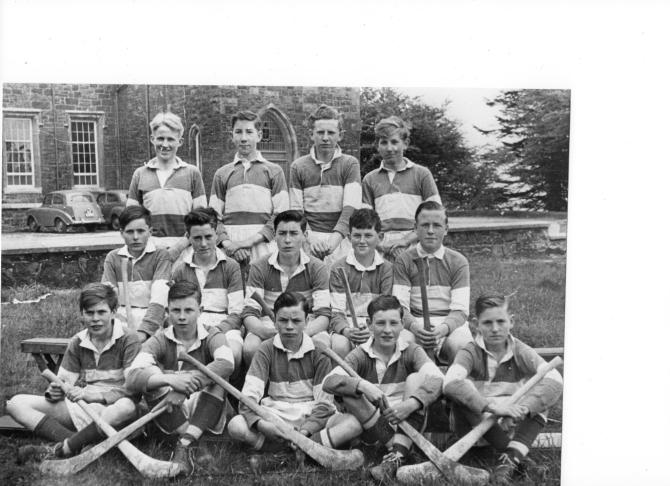 An old photo of what is believed to be the first hurling team at the old Garron Tower.

A COUPLE of old St MacNissis College hurling teams and a story about the upcoming 60th anniversary of the Dr Mageean Cup has caused a bit of a stir among a number of old ‘old Garron Tower boys.’

Leading the charge is Denis O'Hara - the first pupil enrolled in the college when it began in September 1951.

He was one of 107 students, 58 boarders and 49 day boys, which saw the east Antrim establishment get underway.

A native of Knocknacarry, he spent five years, four as a boarder, at the Tower and recalls with extreme clarity that hurling was very much a part of the college’s sporting activity.

He is anxious to set the record straight about the achievements of those formative years.

A journalist with the Irish News for many years and freelance ever since, the ‘semi-retired’ sports afficiando was part of hurling teams in the college from the off and has medals, photographs and vivid memories to prove it.

He has taken time out from writing books, nine in all, to pen the following article about the early growth of hurling at the Tower.

His recollections make for good reading in this week's Chronicle, out now!