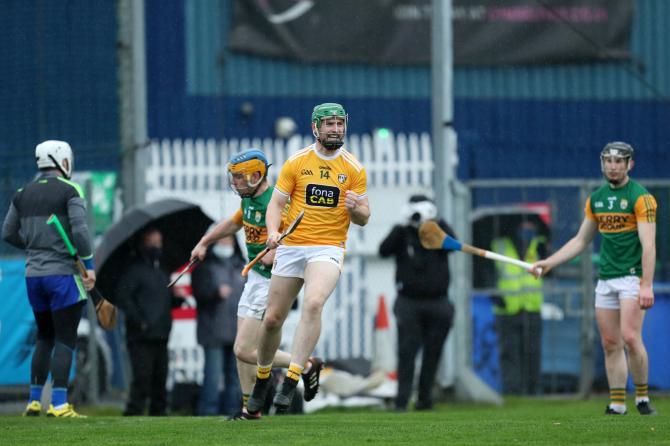 THE dream of Croke Park on All Ireland final day came another step closer for the Anrim hurling team when, on Saturday at Corrigan Park  they took out Kerry in Round three of the Joe McDonagh Cup.

Sunday December 13 will see the McDonagh Cup final staged as a curtain raiser to the All Ireland final, with the first and second placed sides in action.

The Saffrons are still unbeaten and on five points, having beaten Westmeath and Kerry and drawn with Carlow.

And with just one game to come, away to Meath in less than a fortnight's time, they already have one foot on the hallowed ground.

With Antrim having no game this weekend and their main challengers Kerry and Carlow going head to head they will travel to Meath the following Saturday knowing exactly what they have to do to reach the final.