Defending champions Magherafelt will make life difficult for the Emmet's 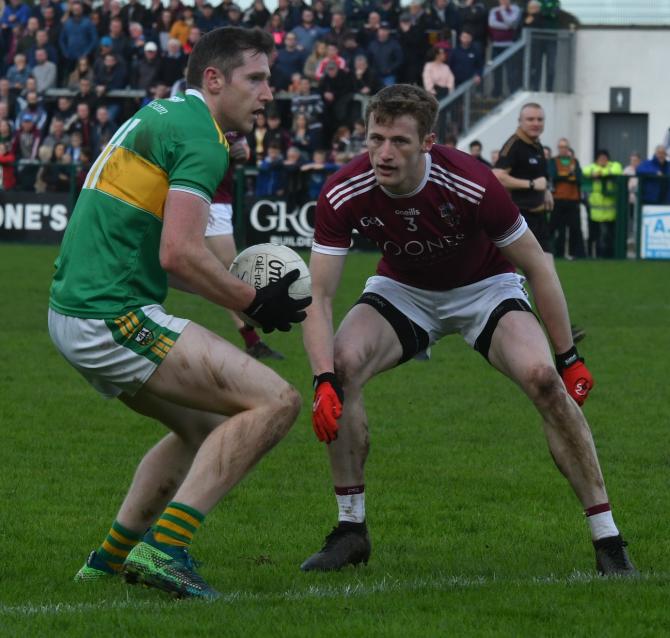 Slaughtneil are favoured to overcome challenge of Magherafelt and regain the Derry SFC title.

IN normal times, Slaughtneil and Magherafelt would have drawn an attendance of around 10,000 but when they meet in the Derry Senior Football Championship final on Sunday there will be just 500 allowed in at Bellaghy, under current guidelines.

After winning four in a row, Slaughteil slipped up against Coleraine in 2018 and last year against Glen.

This year, they set out fully determined to bring the John McLaughlin Cup back to Carn.

Standing in their way will be reigning champions Magherafelt who came out of the pack last year to beat Glen in the final.

They have been workmanlike without being exciting this season so far but they are where they wanted to be and that is in the final.

From the outset, Slaughtneil were favourites to get back to the top of the tree again and, apart from a close game against Glen, they have thumped all other opposition, running up big scores in the process.

In the semi-final they hammered old rivals Ballinderry by 3-15 to 1-5 with ’Sammy’ Bradley and Shane McGuigan opening up the Shamrocks defence at will.

They set their stall out early and were 1-4 to 0-1 up before the fans had settled in their seats.

Magherafelt beat Ballinderry and Banagher in the group stages but lost to Glen by a three point margin.

In the knock-out part of the championship they could have gone out after squeezing home against Lavey by 1-8 to 0-9.

They looked to have it all wrapped up against Swatragh in the quarter-final but had to deal with a strong Swatragh comeback. They needed two injury time points to win by 1-11 to 0-10.

It was similar in the semi-final against The Loup. They dominated the early stages but were glad to hear the final whistle when leading by 0-15 to 1-11.

Manager Adrian Cush has his team well organised. They are strong defensively but lack a bit of cut in attack compared to Slaughtneil who move the ball quickly to the high scoring duo of Shane McGuigan and Christopher Bradley.

For their part, Magherafelt lean heavily on the free-taking of Shane Heavron and Slaughtneil do not concede many frees.

The Rossas do have a stronger looking panel than 12 months ago.

Michael McEvoy is fully recovered from injury, Peter Quinn is back in town after playing with current Dublin champions Kilmacud Crokes. Ryan Ferris has been transferred back from Ballymaguigan and has been one of their key men in the run to the final.

Maybe their defence can limit the high scoring Emmett’s attack to an extent but, on the other side of the coin, Slaughtneil also have a tight defence.

In their three knock-out games they conceded 0-8 against Foreglen, 0-12 against Glen and 1-5 against Ballinderry.

On current form it looks very much like Slaughtneil’s title!