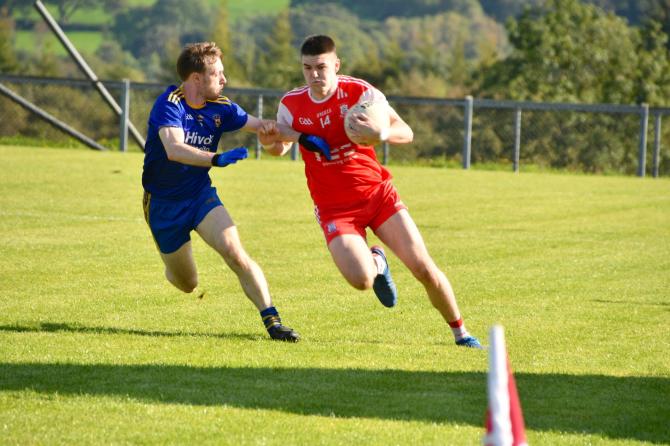 These two teams were among the real title contenders from the start but one will be gone after this weekend.

They met in the group stages with Greenlough winning by a goal.

Both got byes into the quarter finals with Greenlough as a group winner and Castledawson as best runners up.

Last Saturday, Greenlough, as expected, beat a young Lissan team on a final score of 0-14 to 1-2.

Castledawson were pushed to the limit by reigning junior champions Glack before winning 2-11 to 2-7 at Foreglen.

Castledawson have injury problems but they have a strong record in this championship, winning three times in the last 11 years.

Greenlough, with Joe Cassidy back at the helm, also have a good record and with in-form Niall Loughlin to lead the attack they should reach the final.

Both these teams lit up the championship with superb team performances at the weekend and now they meet for a place in the final.

Both play fast attacking football and are good defensively.

Limavady were poor against the ‘Vale while Drumsurn were thumped despite having some good periods in the game.

If Faughanvale are to reach the final they will need to curb the influence of Steelstown’s influential Ben McCarron who lines out at left half forward but usually plays in the middle third.

Here, he sprays the ball intelligently and picks off quite a few scores himself.

It has all the hallmarks of a top class game and it could tilt in favour of the city men given the strength they have on their subs bench.