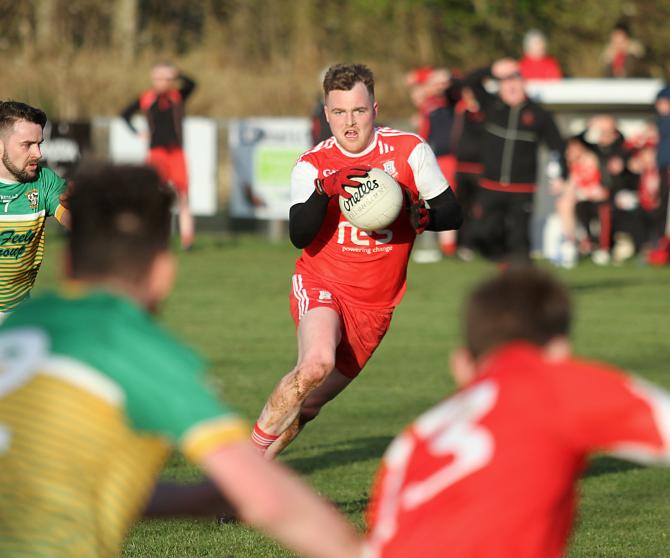 The one game that is hard to call is at Craigbane on Friday where Magilligan meet Dolans.

THE Derry Junior Football Championship jquarter-finals take place this weekend and in three games there are clear-cut favourites.

The one game that is hard to call is at Craigbane on Friday where Magilligan meet Dolans.

Both have won two group games.

Magilligan finished strongly in their wins over Drum and Moneymore and their superior fitness could decide this one.

Desertmartin will be hot favourites to overcome to overcome Doire Colmcille at Banagher, also on Friday evening.

The Colmcilles lost their last two games against Dolans and Ballerin.

Desertmartin’s only defeat was by a point against Craigbane. It is hard to see anything other than a comfortable Desertmartin win.

On Saturday at 1pm, Ballerin meet Moneymore at Ballinascreen and they will be fancied to progress.

Traditionally, Moneymore have always made it difficult for the fancied Ballerin team and they could do so again.

Ballerin are very sharp in attack and should reach the last four.

Craigbane should have little difficulty in getting past the game but largely ineffective Ardmore who are in the process of rebuilding.

With forwards like Lee Moore, Fergal Mortimer and Jude McLaughlin it will just be the case of Ardmore trying to keep the score down.