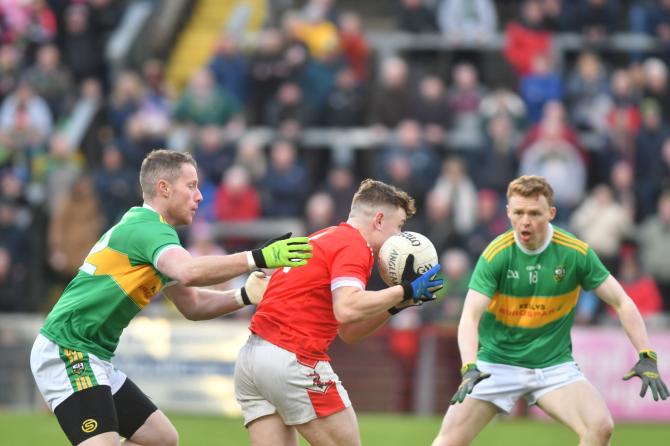 SLAUGHTNEIL and Ballinderry will meet in a heavyweight semi-final of this season's Derry SFC.

The draw for the last four was made on Sunday evening and pitted together two of the big beasts of Derry football.

In the other last four clash, defending champions Magherafelt will play Loup.

Slaughtneil defeated neighbours Glen in the last of the weekend's quarter-finals on Sunday, hours after Paddy Bradley's Loup had dumped Eoghan Rua Coleraine out of the competition.

On Saturday, Magherafelt had too much know-how for Swatragh while Ballinderry ultimately proved too strong for Ballinascreen.

Reports from all the weekend's games inside Tuesday's Chronicle...