Cushendall hurlers up and running 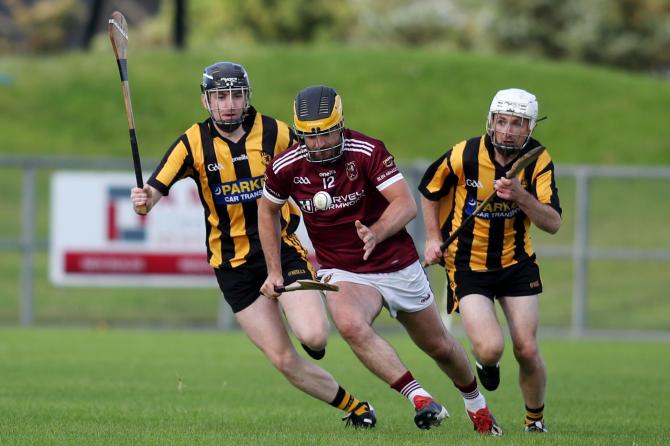 Cushendall finally got some points on the board at the weekend.

CUSHENDALL, last season’s runners up, at last got points on the board at the weekend following their opening day defeat to Loughgiel.

With their final game at home to St Gall’s they almost certainly will be the side to finish closest to the Shamrocks, ready willing and able to take on the group one winners in the semi finals.

The Hightown Road men started the game brightly and it took some time for the Glensmen to hit their stride.

When they did, they showed glimpses of the side they are - a real threat to anyone in this summer's Antrim senior hurling championship.

Mark Donaghy had a solid game at centre half back for St Enda’s with Cormac Jennings and John McGoldrick also impressive while for the winners Paddy Burke marshalled the defence well and he was well assisted by Joe McCurry.

Niall McCormick had a super game at midfield and plundered four points with Aidan McNaughton the man of the match with a handsome six point contribution.

For a full report, check out our four page GAA round-up in Tuesday's Chronicle.