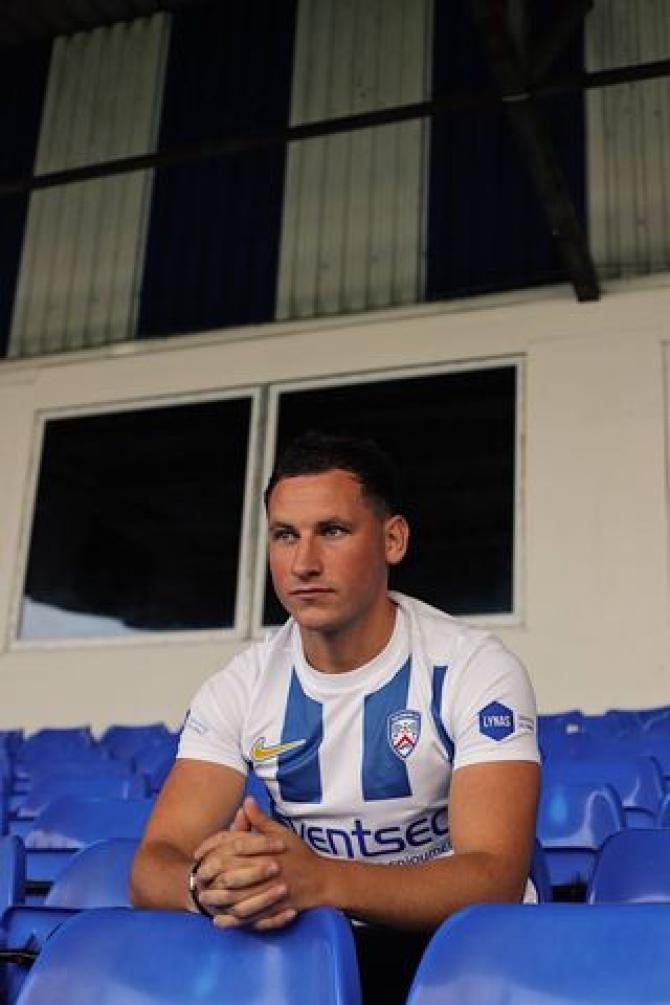 Conor McDermott, one of a number of new faces in the Coleraine squad this year.

The 12 teams start their campaign for the Gibson Cup and BBC Sport NI’s new season of live football kicks-off with the first game of the Danske Bank Premiership on Friday 12 August.

Larne welcome Glentoran to Inver Park for the first of five live-streamed games up until the start of September on the BBC Sport NI website and BBC iPlayer.

The other live-steamed games will see last season’s third v fourth teams in the all-Belfast clash of Glentoran and Crusaders. Glentoran also travel to Shamrock Park to take on Portadown on Friday 26 August while Crusaders and Larne complete the first round of live-streamed games on Friday 02 September.

BBC Sport NI’s live radio commentary continues throughout the season starting with the first round of games on Saturday 13 August on BBC Radio Ulster and BBC Sounds.

BBC Sport NI’s first round of live-streamed games – available on the BBC Sport NI website and BBC iPlayer – are: