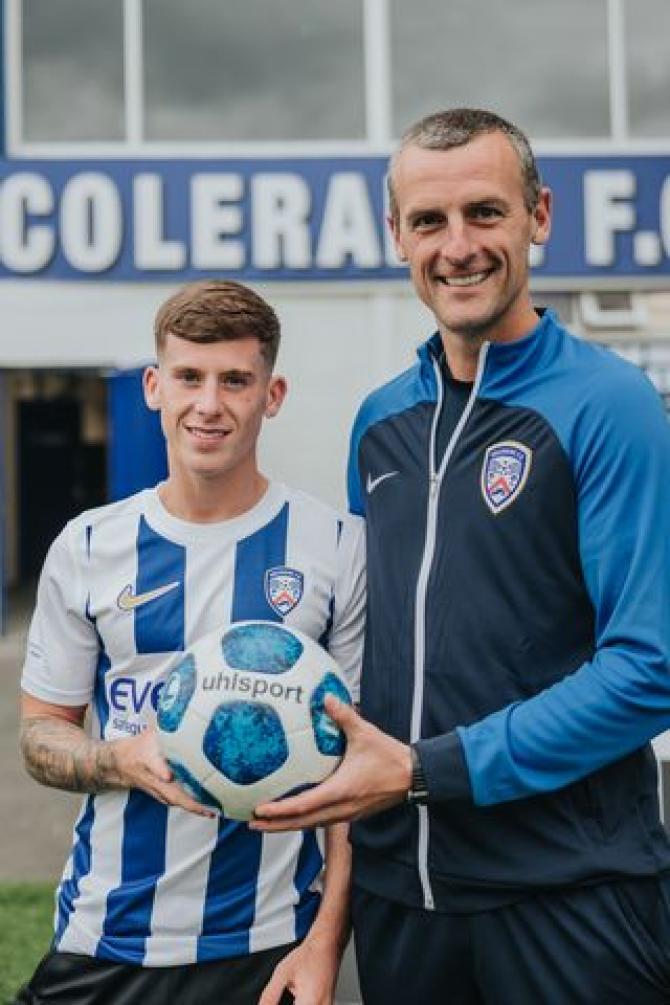 COLERAINE FC has announced the arrival of Evan McLaughlin from Derry City.

The midfielder joins the club on a season-long loan and becomes Oran Kearney’s fifth arrival of the summer transfer window.

McLaughlin played under-age football for Foyle Harps before joining Derry City, where he netted on his senior debut for the Candystripes against Waterford.

The 20-year-old can operate across the midfield area and will give the Bannsiders another option for the upcoming campaign.

Speaking to colerainefc.com, boss Oran Kearney remarked that McLaughlin is eager to hit the ground running with his new club.

“Evan is a player I’ve known for a long time,” he said. “I’ve followed Evan’s career since he joined Derry City and he’s one of those with the way they have gone in terms of infrastructure, finance and players they’ve recruited, from someone who was going to play a lot of games for them this season, Evan hasn’t got as many appearances as he would have wanted.

“There’s that bit frustration there to get back on the pitch and he fits the bill of players we’ve had success with in the past where he’s coming here hungry to do well.

“He’s really fit, really mobile but serious game quality as well even though he’s only 20.

“We are pleased to welcome here and we can’t wait to see him in action.”

The Club can confirm that McLaughlin will wear the number 19 shirt.