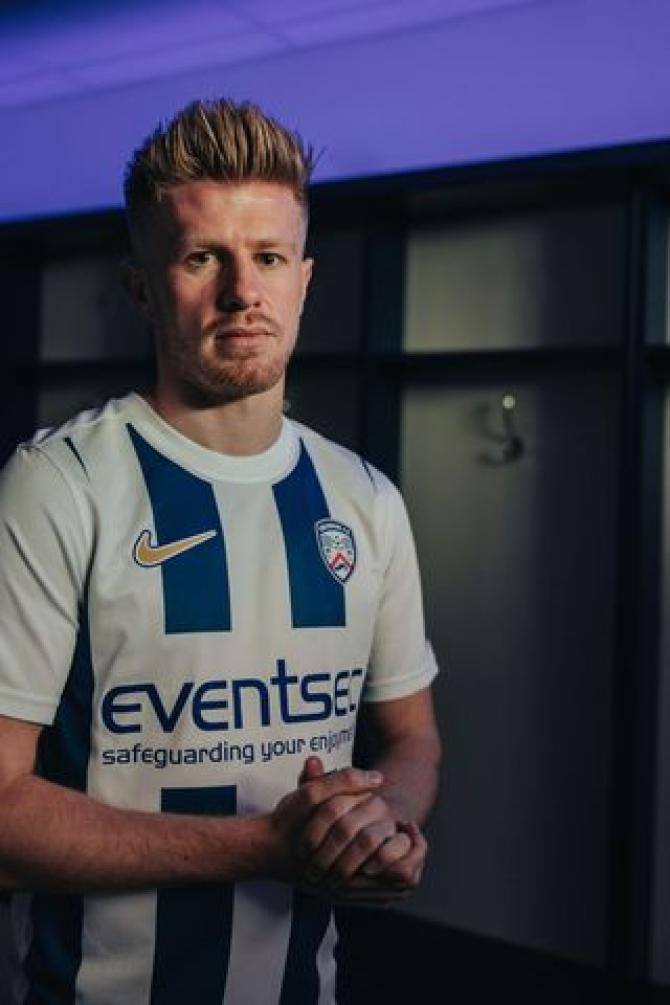 THE wait is over.

Coleraine FC has today (Wednesday) unveiled its new home shirt which the players will wear for the next two seasons.

The shirt will be on show for the first time on Wednesday afternoon as Coleraine competes in the SuperCupNI.

However, for most fans, the first opportunity to see what it looks like will come when Oran Kearney's men host English club Huddersfield Town in a pre-season friendly on Wednesday evening.

"Working closely with Nike & Club Sport NI, the design is based on a traditional Coleraine home striped shirt with a few bits of modern class added to it," said a club spokesperson.

"The shirt will be available for presale straight away from the club's online shop and available for collection by the end of the following week. This is due to an addition that needs to be made to each shirt that has been held up in shipping.

"As previously stated, the club is delighted to offer this new shirt to the fans with no increase in price.

"We are also delighted to have retained our club sponsors for the new shirts with Eventsec, Lynas Food Services, Urban & The Newbridge Restaurant all featured. The players' shorts will also feature ongoing sponsors, RiverRidge & McKendry Fabrications, and we would like to all our sponsors for the loyal support," the spokesperson added.

Meanwhile, the Club Shop will be open and stocked full of the new 2022/23 training range from Nike for fans to buy prior to Saturday's pre season friendly against Annagh United.

"The club greatly appreciates the patience fans have shown this pre-season as the new shirt and training range has been rolled out," continued the spokesperson.