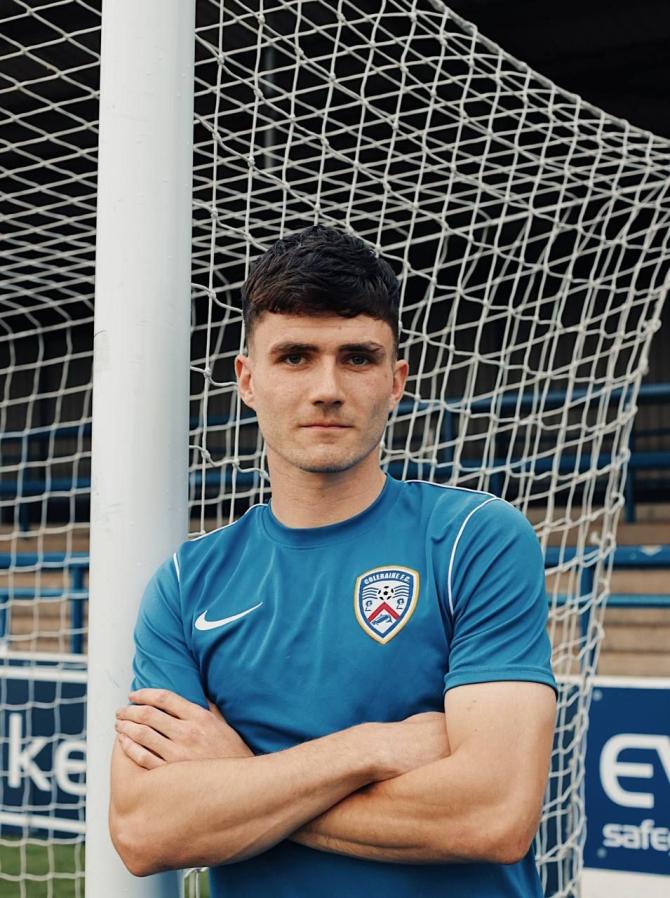 COLERAINE have unveiled their fourth signing of the summer - midfielder Dean Brown.

The 24-year-old has penned a two year deal at the Showgrounds and has targeted breaking into Oran Kearney's first team squad.

The Bannsiders' boss admits he has been aware of Brown's abilities for some time.

“We have played Limavady quite a few times and he has always been a player who has caught my eye,” said the Ballymoney man.

“Dean has worked extremely hard since joining us in pre-season and is hungry to do well.

“He is a quick learner and it’s up to him now to grab this opportunity," he added.

Brown will wear the number 24 shirt this season.

Meanwhile, Coleraine continue to be linked with a number of players including Conor McDermott and Michael McCrudden.

More on this in Tuesday's Chronicle newspaper.