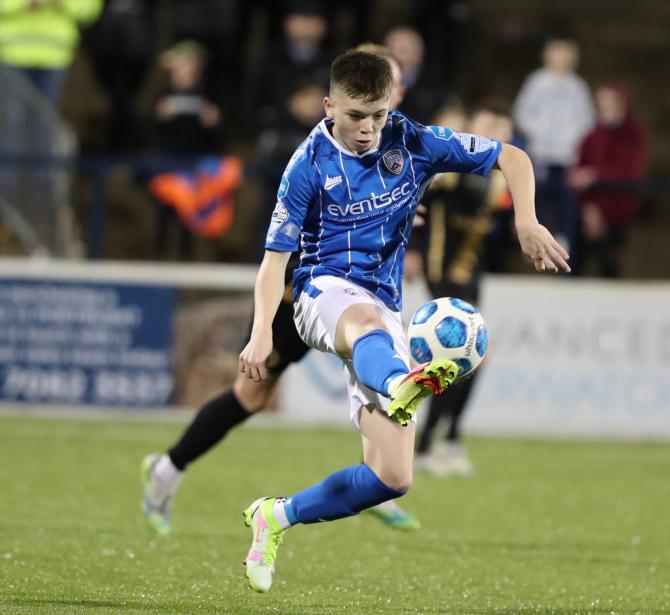 EXCITING prospect Patrick Kelly admits to having ‘mixed emotions’ as he prepares to swap the Coleraine Showgrounds for his new life as a professional footballer with West Ham United.

The 17-year-old, who enjoyed a meteoric rise to prominence after being promoted to the Bannsiders’ first team squad less than 12 months ago, arrives at the English Premier League club this week at the start of a three year professional contract.

It caps a remarkable year for the Loreto College pupil who quickly became a fans’ favourite at Ballycastle Road before establishing himself as a regular in the NI Under-19 set-up.

He is, of course, looking forward to the challenges which lie ahead in London but confesses to feeling a certain degree of sadness at leaving the team he supported along with his mates in the Railway End.

“Leaving Coleraine is tough, but I can't thank Oran enough,” said Patrick speaking for the first time about his move across the water.

The Portstewart teenager also paid tribute to his former team-mates, the club's supporters and everyone associated with the club in our exclusive interview.

Read what 'PK' has to say in The Chronicle newspaper, out now.