End of the road for Bannsiders 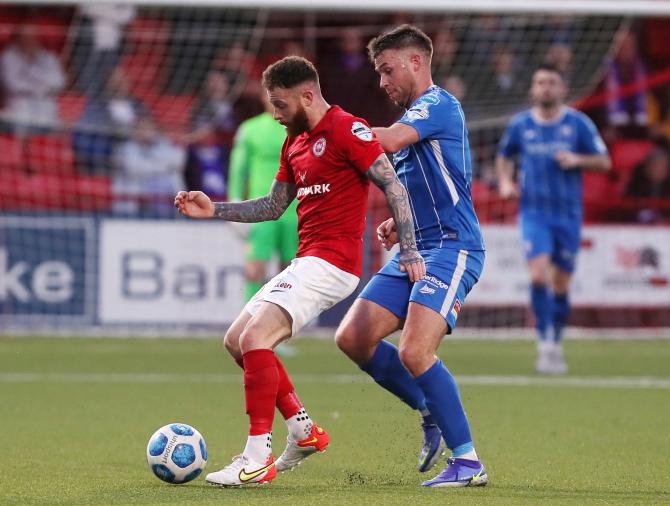 COLERAINE'S dreams of competing in European competition this summer ended at Inver Park on Tuesday night.

The Bannsiders went down to a 2-0 defeat to Larne who now advance to play Glentoran in Friday's play-off final at the Oval.

Mick McDermott's men overcame Glenavon by the same scoreline setting up an intriguing game in east Belfast this weekend.

For Coleraine there are only thoughts of what might have been - both on Tuesday night and over the campaign as a whole.

A season which promised so much ultimately ended in disappointment, with plenty for manager Oran Kearney to contemplate over the coming weeks and months.

As for the semi-final, the visitors started slowly and were made to pay as their hosts struck for the opening goal after 11 minutes.

Kofi Balmer got his head to Mark Randall's corner before his effort, which was heading wide, cannonned off Rodney Brown and into the net past Marty Gallagher.

The Inver Reds should have added to their tally in the opening 45 minutes and manager Tiernan Lynch would have been disappointed to hold just a one goal advantage at the break.

The visitors fought their way back into the contest as the second half wore on and Stephen Lowry passed up a great opportunity with 11 minutes remaining, his low shot crashing off the base of a post before going wide.

They were made to pay in added time as Andrew Scott ran half the length of the field to set up the impressive Randall for Larne's second and decisive goal.

For Larne it's on to a winner takes all clash with Glentoran on Friday night; for Coleraine, it's a chance to take stock of the season and start again in August.