Reds hold on for win at Coleraine 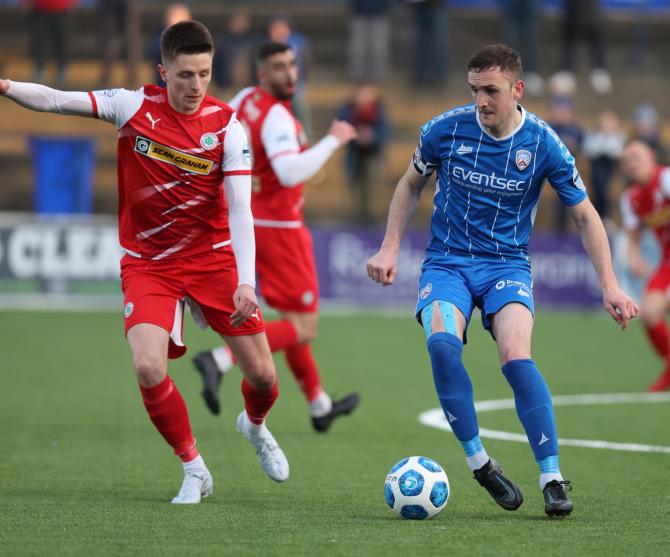 IT'S as you were at the top of the Danske Bank Premiership table following wins for the top two - Linfield and Cliftonville - on Tuesday night.

The Blues won 2-1 against Crusaders at Seaview while the Reds prevailed by the same scoreline over Coleraine at Ballycastle Road.

Oran Kearney's side started brightly against their visitors from north Belfast but they were rocked by the concession of an early goal.

Referee Jamie Robinson adjudged that Rodney Brown had fouled Jamie McDonagh in the box and Ryan Curran did the rest, scoring from the spot to give his side a 1-0 lead.

Just after the half hour mark the visitors doubled their lead through the club's all-time leading goalscorer, Joe Gormley.

The ace predator controlled a precises pass from Rory Hale and calmly despatched his shot past a despairing Gareth Deane.

Two nil to the good at the break, Cliftonville almost made it 3-0 midway through the second half when Levi Ives struck a post with his free-kick but they were forced to endure a nervy final few minutes after sub' Eoin Bradley pulled a goal back for the home side in the 85th minute.

But Paddy McLaughlin's side held on for the three points which sees an intriguing title race go down to the penultimate weekend.

Cliftonville face Crusaders on Saturday with Linfield taking on Larne.

Coleraine, meanwhile, without a win in 11 games now, host Glentoran in their final home game of what has been at time a tortuous season.

And they must do so without Jamie Glackin, sent off by referee Jamie Robinson towards the end of Tuesday night's game.

Of more concern for manager Oran Kearney will be whether the Omagh man will be eligible to play in the European play-offs.

That all depends on the referee's match report and the subsequent length of ban for a player vital to how Coleraine play.