Scoreless draw at the Showgrounds 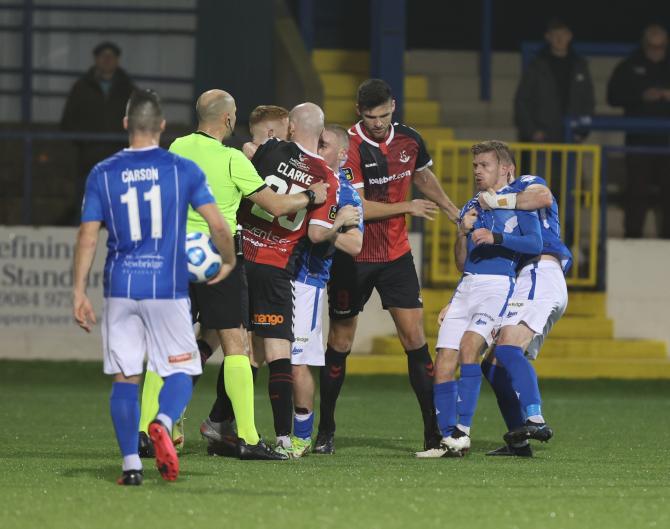 Tempers flare at the end of Saturday's no score draw between Coleraine and Crusaders.

COLERAINE remain in sixth place in the Danske Bank Premiership table following Saturday's scoreless draw with Crusaders at the Showgrounds.

They have 30 points from 18 games played, two behind Larne in fifth but with a game in hand, and the same behind the Crues.

Glentoran, who Coleraine play on Wednesday night, and Linfield are on 39 points while Cliftonville remain out in front with 41 points.

Neither side created much in a generally dour encounter though the visitors will feel they should have claimed the win spurning a number of late chances.

Paul Heatley was denied by a smart save from Gareth Deane while Adam Lecky headed wide from a Billy Joe Burns cross when it looked easier to find the target.

Oran Kearney must now lift his tropps for the visit of the Glens in midweek followed by the Boxing Day clash at Ballymena on Monday December 27.