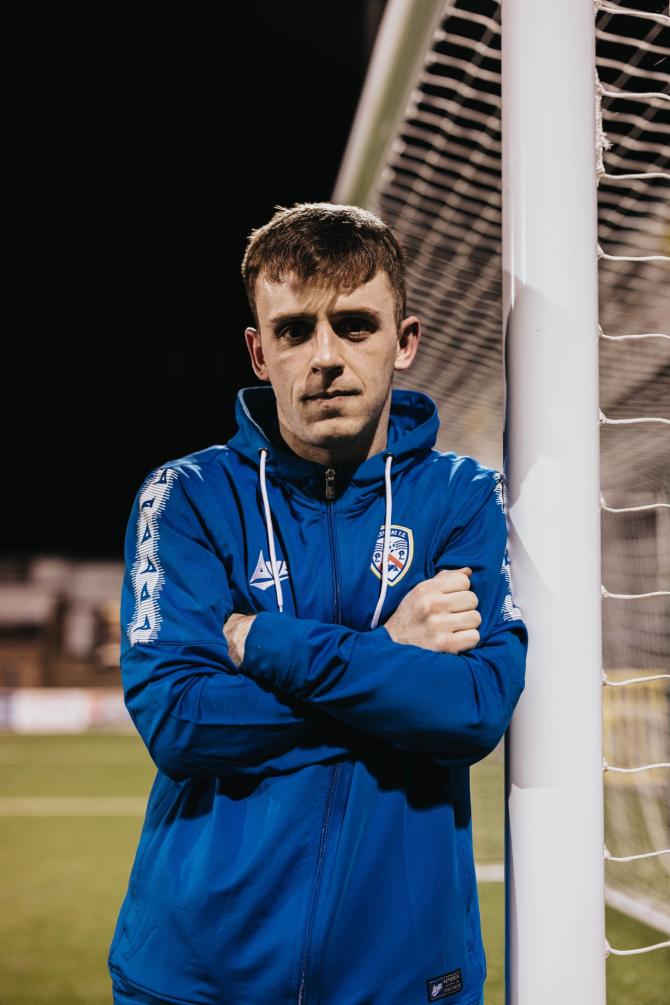 COLERAINE FC is delighted to announce that Ronan Wilson has agreed a new three-and-a-half year deal at the club.

The versatile 23-year-old joined the club at the start of last season and made the first of his 33 appearances in the memorable Europa League victory against NK Maribor.

Wilson, who previously played for Cliftonville and Institute, has featured in a variety of positions across defence and midfield during his time at The Showgrounds.

The new deal sees Wilson pledge his future to the club until the end of the 2024/25 campaign.

Speaking to colerainefc.com, boss Oran Kearney said Wilson has all the attributes both on and off the pitch to keep progressing.

“Football is all about development, mindset and patience, with Ronan ticking all those boxes,” he said.

“He signed here a couple of years ago to provide competition for Lyndon who was coming back from a serious injury.

“It’s been tough for Ronan due to the progress that Lyndon has made and he’s a very hard player to oust, but the biggest credit you can give Ronan is that he’s gone right up the pecking order.

“I said this to him a couple of weeks ago that he wears the number twelve shirt as a squad number, but when he signed two years ago he was maybe ranked 22 or 23 in the squad.

“However, his ranking now is probably 12 where he is one of the first players you will look to if the team needs to change as his standards of training, his attitude, the way he goes about his business and his fitness levels have been really good.

“He is still young, he’s not old in Irish League terms and there are a lot of good years ahead of him.

“We want those to be with us because if he carries on progressing the way he is, then we believe he is going to turn out to be a very good player.”