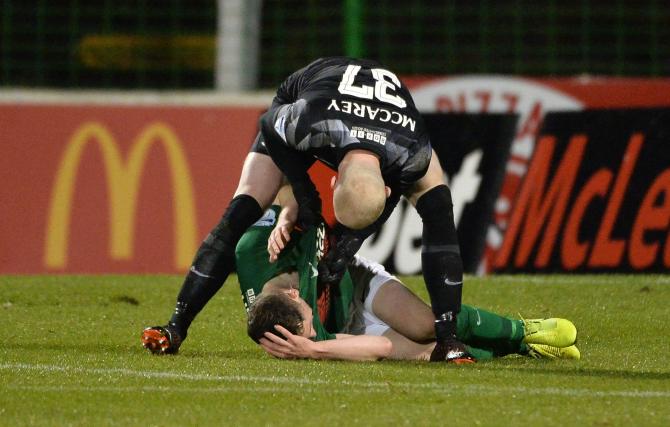 The Irish FA's Disciplinary Committee has charged Aaron McCarey with bringing the game into disrepute after the Glentoran goalkeeper accosted team-mate Bobby Burns.

McCarey was red-carded for confronting Burns after Coleraine scored an equaliser during Saturday's Irish Premiership game at the Oval.

The committee has invited Glentoran to attend a hearing on Wednesday 3 November.

The news was revealed on Thursday.

"Aaron McCarey has been charged by the Irish Football Association's Disciplinary Committee (under Article 17 of the Irish FA's Articles of Association) with bringing the game into disrepute.

"No sanction has been offered in relation to the charge, however the committee has invited Glentoran to attend a hearing," confirmed the IFA in a statement.

McCarey, who also grabbed the the defender's shirt when he was on the ground, has already received an automatic three-match ban for violent conduct.