Coleraine dig deep to earn a point at the Oval 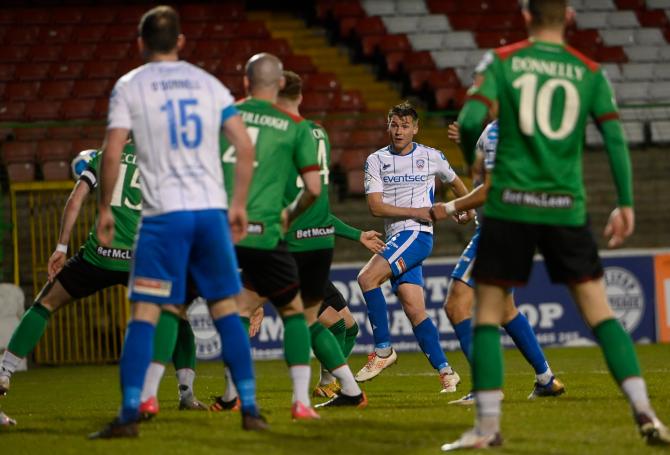 COLERAINE remain one point ahead of Glentoran in second place as the battle for automatic European qualification heats up.

The Glens looked set to leapfrog the Bannsiders at the Oval on Tuesday night when Rory Donnelly nodded them in front in the latter stages of the game.

However, this Coleraine team never knows when it is beaten and they drew level with just two minutes of normal time remaining.

The home side failed to clear their lines following a Stewart Nixon long throw with the ball falling to midfielder Stephen Lowry.

The Limavady man still had plenty to do but his left foot volley took a deflection on its way past Rory Brown in the Glentoran goal.

It was a dramatic ending to a game between two evenly matched teams.

So evenly matched, in fact, that this was the third successive draw between them in a matter of weeks.

The results have done little to enhance eithers hopes of wrestling the league title away from Linfield but show that they are the Blues' nearest challengers.

Coleraine are now in the box seat with their fate in their own hands.

With three games remaining they must better Glentoran's results to secure runners-up spot in the league and with it qualification for European football this summer.