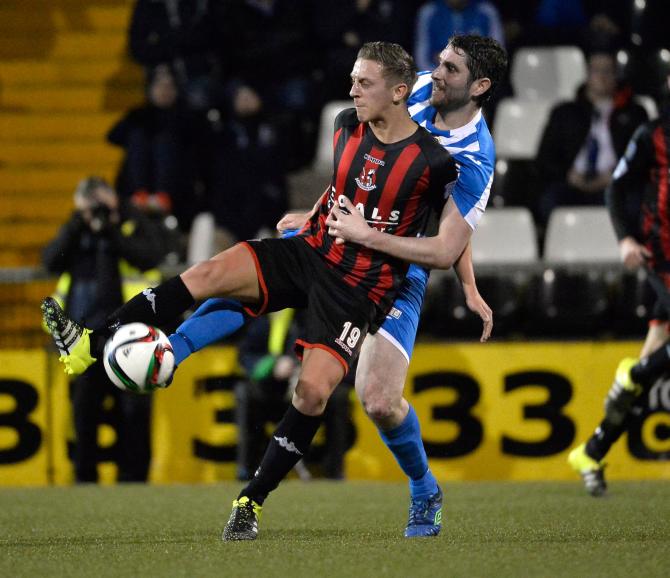 Ruaidhri Higgins pictured during his spell at Coleraine.

LIMAVADY man Ruaidhri Higgins has been named the new manager of Derry City following the departure of Declan Devine earlier this week.

Higgins, 36, has left his job with the Republic of Ireland senior men's team to take up his new role at the Brandywell.

A former Derry City player, Higgins also had spells with Dundalk, with whom he won a league title in 2014, and Coleraine in the Danske Bank Premiership.

He takes over a Derry City side rooted to the bottom of the Premier Division and still seeking a first win after six games.

Speaking about his appointment to BBC Radio Foyle on Friday morning, Higgins said it was a 'huge honour' for himself and his family.

And he admitted he couldn't wait to get started after what had been a 'crazy' 24 hours.

"The job has come quicker than I thought it would but I feel I am more than ready for it," he said.

"I'm glad that it's done and can now prepare for the Sligo game on Saturday."

More on this story in Tuesday's Chronicle.