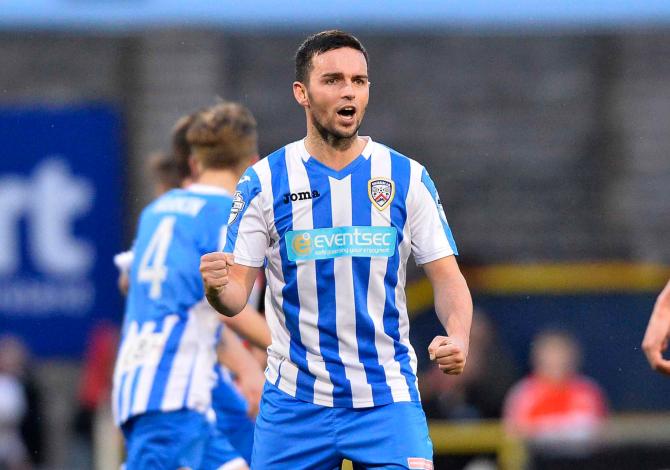 The 36-year-old Derryman, who scored 18 goals in 92 appearances for the Bannsiders in a three year spell between 2014 and 2017, talks us through the highs and lows of his career in a wide-ranging and entertaining chat.

He recalls not feeling overawed sitting on the bench for Charlton Athletic away at Man Utd as a callow 16-year-old and how he ended up at the Showgrounds, via home town club Derry City, before ending his career at Warrenpoint Town.

He discusses his relationship with manager Oran Kearney and admits to realising early on the talent of young players including Lyndon Kane and Brad Lyons.

McCafferty, now a youth coach in his native city, also gives us his thoughts on the current Coleraine side and how he is excited about the tightest title race in years.

Hosted by Chronicle sports editor Damian Mullan, the programme also reflects on another busy week for the Bannsiders in the company of local sports journalists Steven Crawford and Aaron O'Neill and looks ahead to Coleraine's trip to Dungannon Swifts on Saturday.

It's a must listen for all Coleraine fans at home and abroad and hopefully goes some way to making providing some entertainment in these most difficult of times.

You can listen to the podcast via the Coleraine FC website, as well as on Spotify, Anchor and Pocket Casts and do let us know what you think at media@colerainefc.com.