Coleraine can climb to second with victory over Warrenpoint 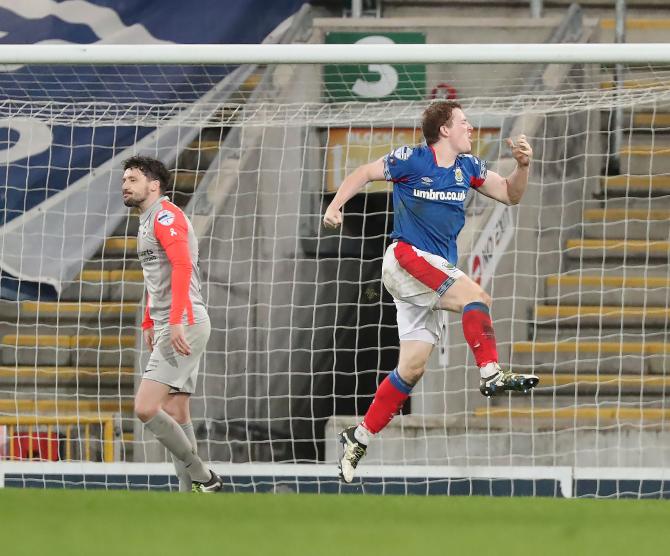 Shane Lavery was Linfield's matchwinner against Larne on Friday night.

COLERAINE can climb to second place in the Danske Bank Premiership table today with victory over Warrenpoint Town.

Three points would see them move on to 37 points, one point ahead of Larne, currently in second, on 36 points.

The Inver Park men went down 2-1 to leaders Linfield on Friday night, two goals from Shane Lavery securing a welcome win for the Blues.

David Healy's side are on 42 points, thanks to their 13 wins, three draws and four losses.

Today's visitors to the Showgrounds, Warrenpoint Town, are currently ninth in the table with 17 points.

They have four wins this season out of 17 games played, as well as five draws and eight defeats.

The border club were last in action on Tuesday February 16 when a spectacular goal from Thomas Maguire earned them a 1-1 draw at home to Dungannon Swifts.

The Bannsiders, in contrast, have played two games since then - a scoreless draw at Linfield and a 2-0 win at Carrick Rangers on Tuesday evening.

Oran Kearney's men left it late to win the points the last time the teams met at the Showgrounds, Stewart Nixon firing home the winner in added time in a 2-1 win in December.

Let's hope they don't leave it so late this time around.