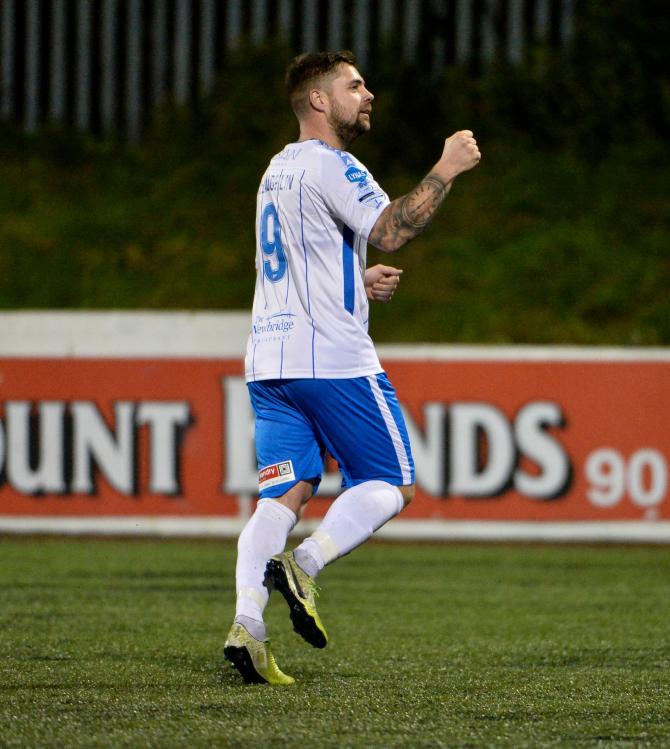 Striker James McLaughlin scored twice in a 2-0 away win over Cliftonville back in December.

COLERAINE are looking to make it seven wins on the spin this evening - visitors Cliftonville and the wintry weather notwithstanding.

With light snow falling from early morning, conditions for Tuesday's game against the big-spending Reds promise to be difficult.

It's a second game in three days for both teams, the Bannsiders winning against Crusaders on Saturday and Cliftonville scoring late on to grab a draw at home to Glenavon.

Paddy McLaughlin's side come into the game in mixed form: they have drawn two, won two and lost one of their previous five games.

In contrast, Oran Kearney's men are on a faboulous winning run of six games, stretching back, in fact, to the 2-0 defeat of Cliftonville at Solitude in December.

James McLaughlin was the hero that day, coming off the subs' bench to score twice in the second half, and he may again have a major role to play tonight.

He played less than half an hour in the win over the Crues as the Bannsiders' boss utilised his squad, partnering Eoin Bradley and Curtis Allen up front.

Expect changes again this evening at the start of a busy month.

Coleraine have won the last two meetings between the teams, December and again last January when Alex Gawne scored a dramatic late winner in front of the Sky cameras.

He has since gone out on loan to Carrick Rangers who this week signed former Ballymena Utd striker Cathair Friel until the end of the season when he will join Coleraine.

The Showgrounds club were very quiet in the January transfer window just closed, unlike this evening's opponents who were the most active.

They brought in no less than seven new players, among them striker Paul O'Neill, who made the switch from Glentoran as part of a deal which saw Conor McMenamin move in the opposite direction.

He may be pressed into action straightaway with the continuing absence through injury of Joe Gormley, although tonight's visitors boast plenty of forward alternatives.

Coleraine will check on the fitness of captain Stephen O'Donnell, who left the action early on Saturday because of a knock, before announcing their team.

The manager must also decide on who to play and who to rest, with a third game in a busy week at home to Portadown on Saturday.

The home side are currently four points better off than Cliftonville with a game in hand and a win would help stretch that gap.