Best bets of the weekend games 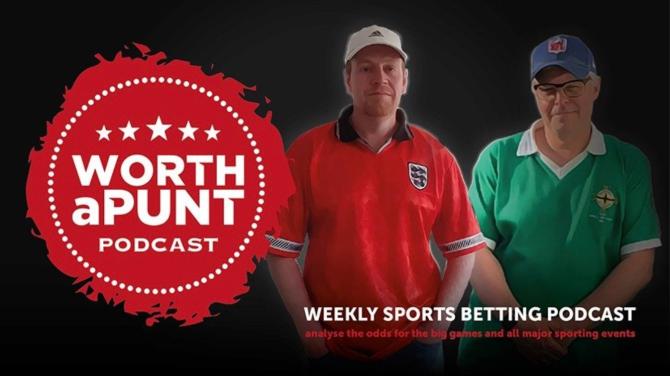 HANDS up who had Ballymena winning Friday's derby?

Not many in the BT52 postcode area, that's for sure.

This week, Coleraine look to bounce back from that 1-0 defeat at the Showgrounds by beating Portadown at Shamrock Park on Saturday.

The Ports marked their return back to the top flight in style by registering a 4-2 at Glenavon.

Saturday's clash with Oran Kearney will be their first home game in the Irish League in four years and they will be keen to make it back-to-back wins to start the campaign.

Steven Murray scored twice for Matthew Tipton's side and he will have to be contained by the Bannsiders if they are to notch their first win of the season.

Coleraine will take nothing for granted but they will have to be more ruthless if and when chances come their way.

And defending set pieces will hopefully have been addressed in training this week by Kearney and his players.

I can see both teams scoring in this game.

Glentoran are another side who were tipped to do well this season, but started with a loss.

The Irish Cup holders were beaten 1-0 at Cliftonville last weekend with Ryan Curran netting the only goal of the game four minutes from time after the Glens were reduced to 10 men following Cameron Stewart's red card five minutes earlier.

Incidentally, there were four red cards issued during the first round of fixtures, and all four were shown to players from visiting teams.

Glentoran take on Glenavon on Saturday in a fixture that generally produces goals for both teams.

Both Glentoran and Glenavon have scored in nine of the last 10 meetings which could be a little side bet in this game.

The bet I would go for is Glentoran to win to get them back in the mix.

The game of the day takes place in Ballymena when David Jeffrey's side take on the champions Linfield.

Both sides go into the game having won their openers so this could be a cracker of a game.

The Blues began their defence of the Gibson Cup with a routine 5-1 win over Carrick which ended a run of 10 successive victories over Rangers without conceding a goal.

This will be a much tougher challenge for David Healy's men who will be glad to take any sort of win back to Windsor Park.

Linfield won all three meetings with the Sky Blues last season, but Ballymena found the net in all three.

The bet for me in this game is Linfield to win with both teams scoring.

The stand-out fixture in the Premier League is Chelsea's visit to Manchester United on Saturday.

The way these two sides have begun the season, the score could be anything.

Chelsea has been involved in two 3-3 draws already this season including last weekend's draw with Southampton after they led 2-0 and 3-2 with time running out.

United recovered from their 6-1 thrashing by Tottenham to come from behind to beat Newcastle 4-1 on Saturday evening.

Over 2.5 total goals has paid out in all four of United's league games this season and it has landed in four of Chelsea's five league games.

Both sides have players who can make this a high-scoring game.

And there could be a late goal or two.

Suggested bets:
Both Portadown and Coleraine to score
Glentoran to beat Glenavon
Both Linfield and Ballymena to score
Over 2.5 total goals between Manchester United and Chelsea

Charlie Mullan is co-host of the Worth A Punt podcast. Follow him on Twitter @CharliePMullan for more bets and key betting data.