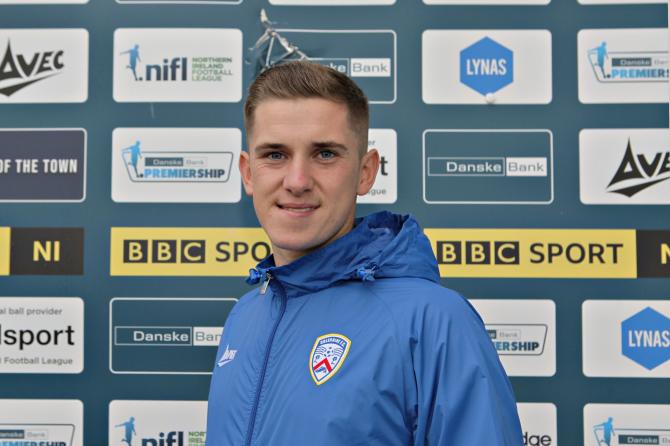 Gareth Deane has signed a two year contract with Coleraine.

GARETH Deane has signed a two year deal with Coleraine.

The 26-year-old committed his future to the club on Monday, deadline day.

It brings to an end speculation surrounding the number one position.

Deane initially joined the Bannsiders on loan from Linfield to cover the club's European games.

The European adventure ended against Motherwell several weeks ago but there had been no confirmation that Deane was staying on.

That led to growing concern among supporters which has been allayed today.

Bannsiders' boss Oran Kearney says he is delighted with the business.

"We are delighted to get everything done and welcome Gareth to the club on a permanent basis," he said.

"When Chris left we were on a hunt to secure a goalkeeper as close to the standard of Chris and Gareth ticks all the boxes."

* More on this story in Tuesday morning's Chronicle...