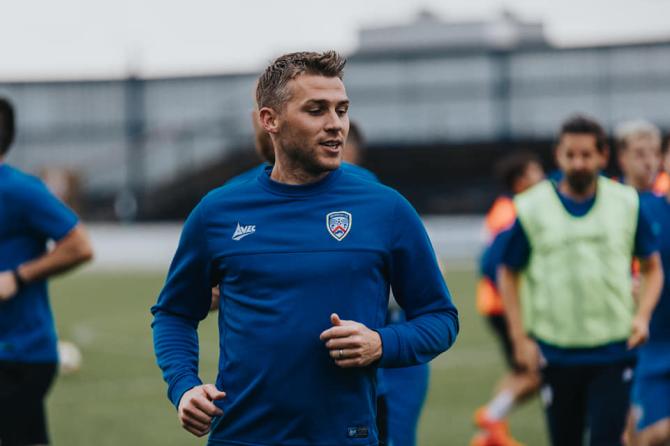 The two sides meet at the Coleraine Showgrounds in a preliminary round meeting on Thursday, with a game against Slovenian outfit Maribor awaiting the winners.

"We had our final training session on Tuesday and the boys are all in good spirits and ready to go," said Oran.

"We don't known an awful lot about them, bar what we have been able to glean off their website and social media, but we know they finished fourth in their league last year.

"They appear to have played one friendly recently which finished in a 1-1 draw but it's hard to know what standard of player they have.

"A lot of their players appear to have Serie D experience in Italy, which is just a couple of rungs down from Serie A, so that gives us some idea of what to expect.

"They drew with Linfield in 2017, a game which Stephen Lowry played in, and I've spoken at length with Stephen about his memories of that game.

"He seems to remember them playing a 4-4-1-1 formation which sounds like they might play like a typical Italian team and hard to break down," he added.

In contrast, Oran fears Thursday's opponents will have had more opportunity to run the rule over his team, given that Coleraine have featured in a number of live games on Sky in recent times.

He must plan without the services of injured duo Jamie Glackin and Gareth McConaghie but will otherwise select from a full squad, comntaining new additions Gareth Deane, Evan Tweed and Ronan Wilson, along with striker Curtis Allen who had made his loan deal from Glentoran permanent.

"We need a Linfield-esque performance to get the win, given that they drew with Linfield not that long ago," continued Oran.

"The boys have got to hit those heights.