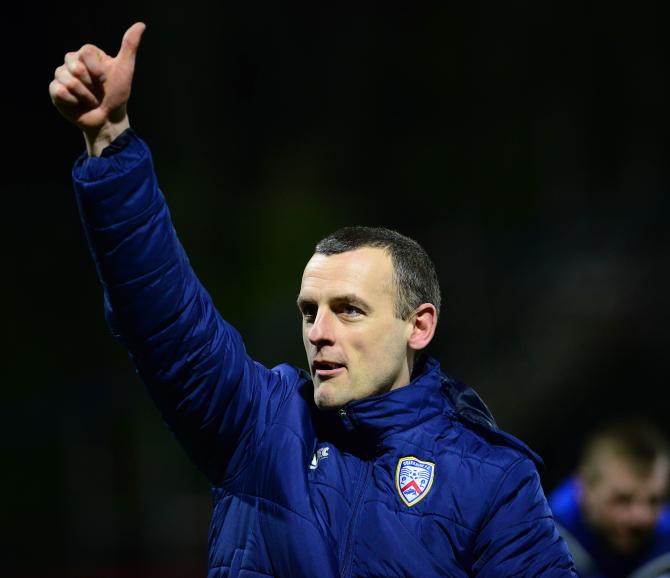 COLERAINE'S Sadlers Peaky Blinders Irish Cup semi-final against Ballymena will take place at the Oval on Friday March 27, it has been confirmed.

The derby rivals will meet at 7.45pm at the east Belfast venue, with a place in the May 2 final up for grabs.

The second semi-final, featuring Belfast rivals Cliftonville and Glentoran, will take place at the National Stadium at Windsor Park on Tuesday April 8.

That game has been moved back owing to the national team's international commitments.

Coleraine and Ballymena, of course, meet in a dress rehearsal for their cup clash this Saturday in an important league game for both.

The Bannsiders will be chasing a ninth successive win to keep the pressure on league leaders Linfield while the Braid men need a win to edge them towards Premiership safety.

Keep up to date with al the latest football news with The Chronicle's social media channels.