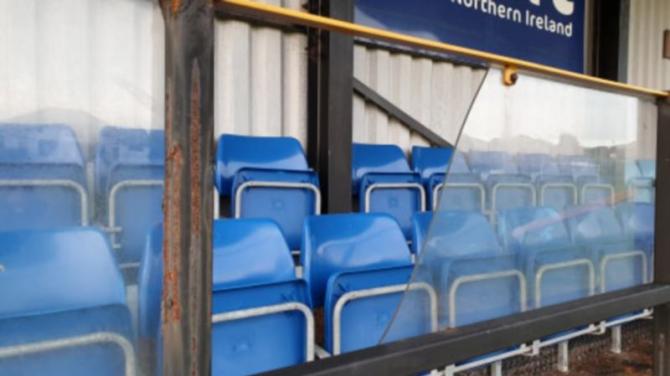 PORTSTEWART FC officials have been left counting the cost following the latest in a string of attacks at the club’s ground.

In the latest incident earlier this month, glass bottles were smashed, a wooden fence was damaged and a plastic barrier smashed at the St. John’s Close stadium.

Considerable damage was caused in the overnight attack, leading to a hefty repair bill for the Bluefin Sport Premier Intermediate League club.

And with The Seahawks, like many other sports clubs, struggling financially it’s a bill the club could have done without.

“We’ve been having problems for a while now but this is the worst we’ve had,” explained first-team manager Johnny Law.