Aaron in the right Trayn of thought 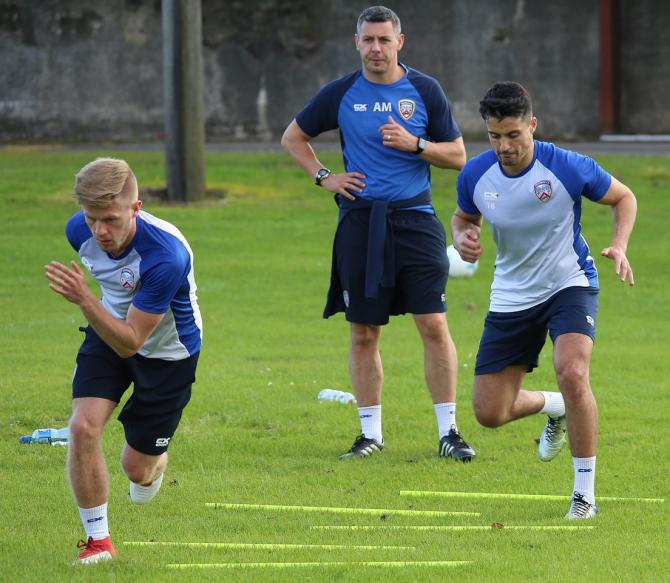 It marks a significant step in Traynor’s recovery after the former Carrick Rangers full-back ruptured his ACL against Glenavon in September 2018 - an injury that ruled him out for the rest of last season.

However, speaking to Chronicle Sport, the 28-year-old insists he will return to first-team action when he is fully fit.

“Alan Millar has been keeping a leash on me in terms of my rehab and training, but it’s only a matter of time before I take part in full sessions,” he said.

“I have been working hard in the gym and it was great to get the boots on and be involved last week because it was a hard injury to take.

“The boys have returned and look sharp but I’m not surprised as we want to hit the ground running after last season.

“Aaron Burns has taken part in full sessions which is a massive plus for us, with Alex and Lyndon also training with Alan and they are looking fitter and fitter.

“I haven’t been involved in keep ball sessions or anything like that, but my recovery has been getting better and better, so I’m looking forward to what lies ahead in the future.

“My aim is to return in September as we have some exciting fixtures ahead and I want to play my part, but I’ll be taking no chances and will return when I’m fully fit.”