Portstewart through to Intermediate Cup final 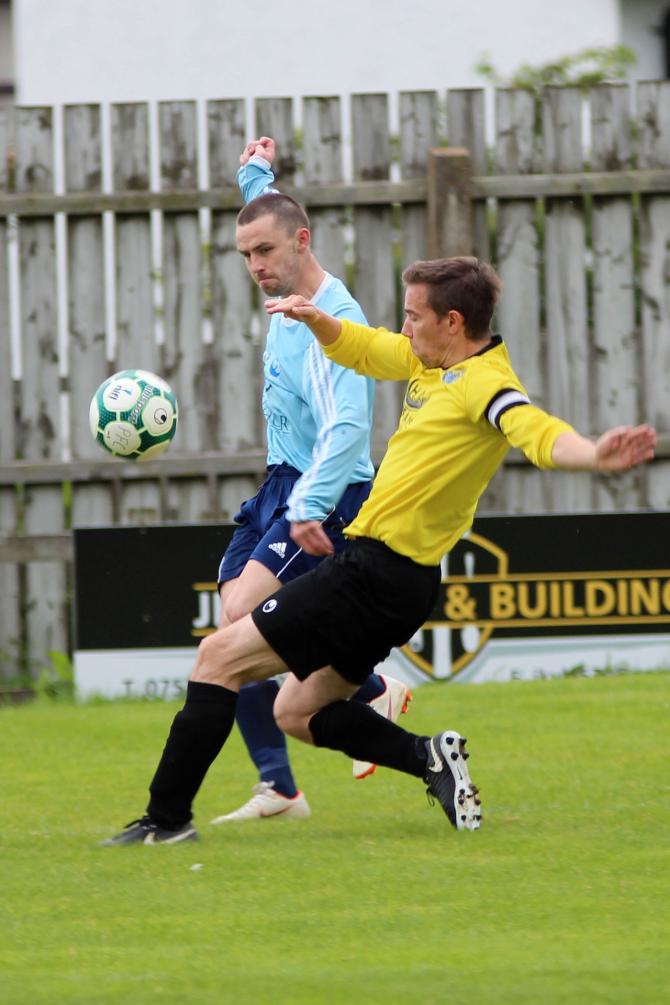 Ryan Doherty continued his comeback from a back injury, on from the start in the win over Queens.

PORTSTEWART will meet Belfast club Crumlin Star in the final of the IFA Intermediate Cup at the National Stadium at Windsor Park on Thursday May 9 after successfully coming through their semi-final on Wednesday night.

A single goal from the boot of defender Karl Steele was enough to see them edge past cup holders Queen's and book their place in next month's decider.

The north Belfast side, meanwhile, defeated Banbridge Rangers 3-2 in a dramatic semi-final the previous evening.

Speaking to The Chronicle, Portstewart manager Johnny Law said he was delighted with the performance of every one of his players.

"We always knew it was going to be tough as Queen's are a good side," he said.

"We lost to them twice in the league this year but we learned a lot from those defeats and thankfully put things right on Wednesday night.

"It's a massive result for the club and everyone is looking forward to going to Windsor Park next month.

"We've a lot of important league games to play before then, though, and the players know they will be competing for a place in the squad for the final.

"Crumlin Star are not a bad side but we're looking forward to the game.

"We had a great crowd up at the game in Ballyclare and I'm sure we will take planty to Belfast for the final," he added.

It's back to the bread and butter for Portstewart this weekend as they entertain Tobermore Utd in the league.

The IFA intermediate Cup is the country's premier competition for teams of intermediate status and was first contested back in 1892.

Linfield Swifts are the most successful team in the tournament's history, having lifted the trophy 11 times, with city rivals Dundela next on the roll of honour with ten victories.

Portstewart, by contrast, have only won the trophy once.