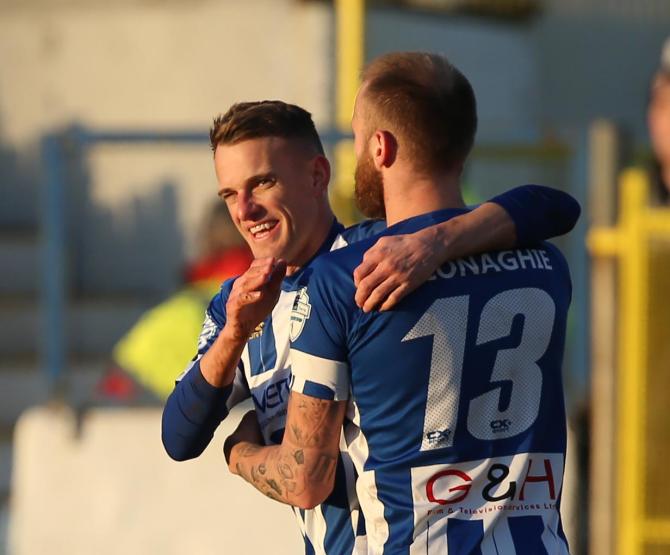 Dean Shiels celebrates scoring Coleraine's third goal in the win over Dergview in the sixth round of the Tennant's Irish Cup.

COLERAINE'S eagerly anticipated Tennant's Irish Cup quarter-final away at Larne will be broadcast live on BBC NI on Friday March 1.

The last eight tie was originally due to have been played the following day, Saturday March 2, but has now been brought forward at the request of the broadcaster.

The two teams met at the semi-final stage of last season's competition, a game which the Bannsiders won on the way to lifting the trophy in May.

Larne, the current runaway leaders of The Championship, will be looking revenge on their opponents who have undergone a dramatic change in personnel since that never to be forgotten day.

It is expected that Coleraine will receive a limited number of tickets for the game owing to ongoing work at Inver Park.