Maurice turning his heartache into hope 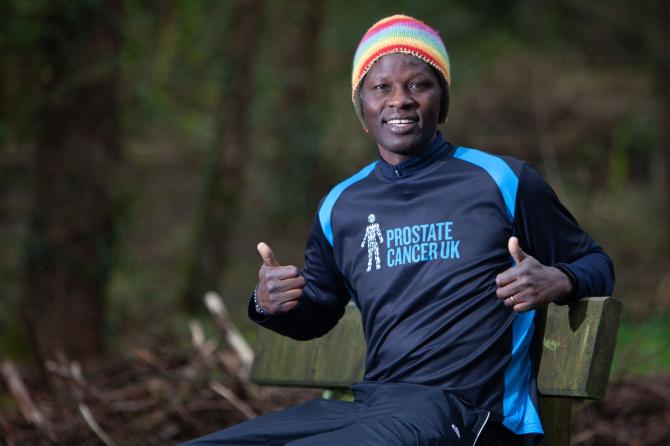 Maurice Omollo taking a break from his fundraising. WK016-023CR

A COLERAINE father-of-two is planning to run 78 miles in memory of his own father who died just days after being diagnosed with advanced prostate cancer.

Special Needs support worker Maurice Omollo is originally from Kisumu in western Kenya where his father Tom Omollo passed away in April 2020.

Maurice, 49, told The Chronicle: “This was an unexpected diagnosis and the speed at which Dad become very unwell and died was a terrible shock to us all.

“Dad had never mentioned any unusual signs or symptoms to us, perhaps putting anything out of the ordinary down to age, other on-going medical conditions or simply just that he was a quiet and private man.