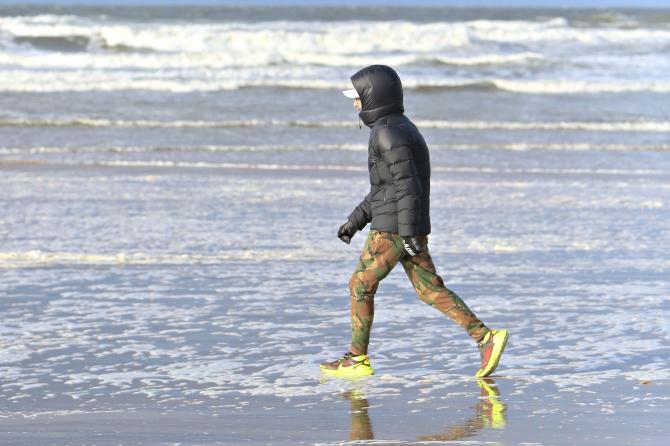 A PORTSTEWART man who set out to walk 10K each day in February to raise awareness of mental health issues is inviting members of the public to join him for the final leg this weekend.

Award-winning journalist Roger Anderson will walk Portstewart’s Strand at noon on Sunday at the end of a gruelling 280K trek in which he has battled adverse weather conditions - as well as mental and physical obstacles.

Diagnosed with clinical depression more than 20 years ago, the one-time Chronicle reporter is only too aware of the daily challenges facing people living with mental health issues.

But he has also come to realise that there is light at the end of the tunnel - not least as a result of his ‘Bearded Man Walking’ initiative which began simply as a way of getting out of the house but which has since grown to become a source of inspiration for many.