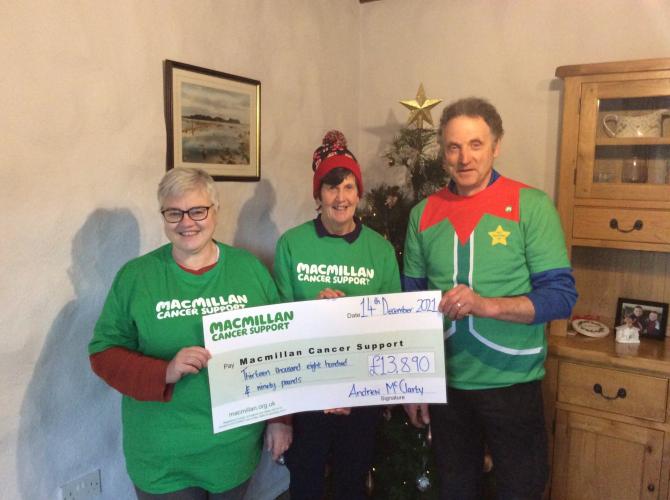 A GREEN-FINGERED Garvagh grandfather who has raised more than £150,000 for a cancer charity in memory of his father pulled out all the stops during his Christmas and summer plant sales.

Despite the challenges of organising events during the pandemic, Andy McClarty presented £13,890 to Macmillan Cancer Support earlier this month - the highest annual total since he started fundraising 22 years ago.

The father-of-three received a British Empire Medal for his inspirational charity work which began after his own father Gamble McClarty passed away from cancer 25 years ago.