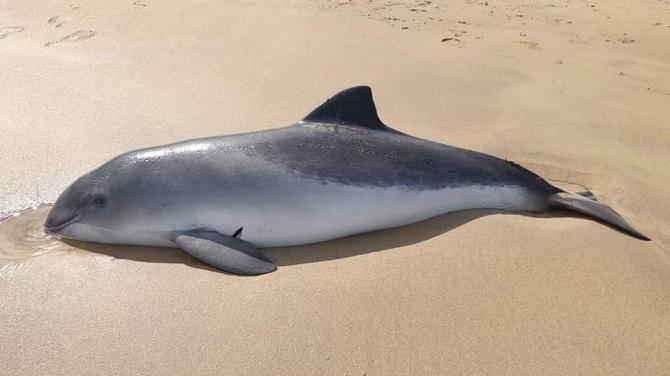 THEY may be friendly, intelligent and fun-loving, but dolphins have a savage nature too.

And the marine mammals' darker side was revealed last week, in gruesome detail, after a body washed up on Portrush's East Strand.

The carcass was once a juvenile harbour porpoise and a gaping wound on its left flank immediately aroused suspicion of foul play among marine wildlife experts.

A postmortem has since confirmed the unpalatable truth.

The porpoise was the victim of a brutal attack by one or more bottlenose dolphins.

The beaching of the porpoise prompted a response from Marine and Fisheries officials attached to the Department of Agriculture, Environment and Rural Affairs (DEARA)

Given that it was in fresh condition, stranded within a Special Area of Conservation for harbour porpoises and had a deep linear slice, they determined that it was an appropriate candidate for autopsy.

It was recovered and transported to the Veterinary Sciences Division of the Agri-food and Bio-sciences institute for assessment.

And the cause of death was late confirmed by DEARA officials as ‘a bottlenose dolphin attack.’

Read much more in this week's Chronicle - out Tuesday.