Watch out for out of pratice cyclists! 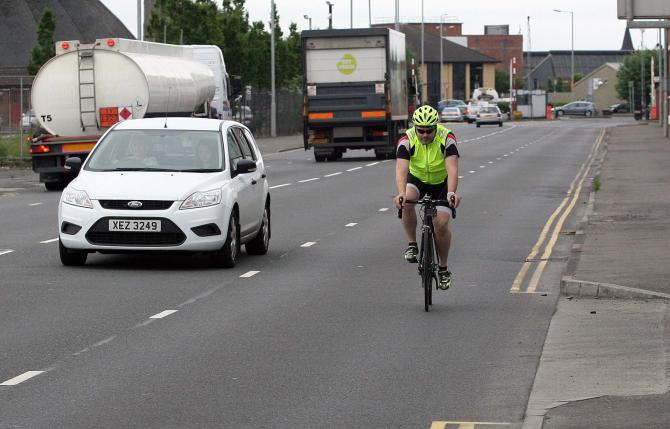 More people are turning to cycling during lockdown.

THE Covid-19 lockdown, coupled with the fear of catching coronavirus on public transport and the generally good weather, has seen millions of Britons across the country take to two wheels.

Cycle-to-work schemes, for example, have seen a 200% increase in orders from people working for emergency services.

The sudden rise in popularity means that there are many thousands of people getting in the saddle for the first time in what may be many, many years. Whilst getting back in the saddle may literally be ‘just like riding a bike,’ our roads are getting busier and potentially dangerous for out of practice cyclists.

So where does the law stand on helmets, safety cameras and cycling offences? Chloe Williams, Legal Adviser from DAS Law, has the answers…

▪ Are cyclists legally required to have insurance to use the roads?

▪ Are cyclists allowed to ride on the pavement? If so, do they have to follow certain rules?

It is an offence to cycle on any pavement that gives right of way to pedestrians. Police officers and community support officers can issue Fixed Penalty Notices (FPNs) for this offence, which carry a fine of £30 though it is possible to incur a fine of up to £500. There are, however, guidelines in place that advise officers to issue a fine only if the cyclist is acting in a way that endangers others.

▪ There are calls for a national cycling licensing scheme and for cyclists to have to pass a proficiency test before taking to the roads. Is that likely to become law anytime soon?

Although this has been called for, there is no current law requiring cyclists to take proficiency tests and there is nothing to suggest that this might change any time soon.

▪ What is the law regarding reflective/brightly coloured clothing? Do cyclists have to wear it?

There is no law around reflective and brightly coloured clothing. Rule 59 of the Highway Code states that a cyclist should wear appropriate clothes which are light-coloured or fluorescent to help other road users to see them in daylight and in poor light. Reflective clothing and accessories are also to be used in the dark. This can include reflective belts, arm or ankle bands.

▪ Many cyclists seem to have cameras on their bikes or helmets. Are they allowed to film people and vehicles and post them online?

Cyclists are within their rights to have cameras attached to both their bikes and helmets and no permission is needed to use them. However, the cameras should not be interfering with the cyclist’s view in any way as failure to do so could land you in trouble with the police. There is no specific laws which stop cyclists from using footage and sharing online. However, a recent Dutch case has brought a similar issue forward questioning this on the grounds of data protection.

▪ What is the law regarding cyclists and their helmet lights? Are they required to have them and what happens if they flash them in someone’s eyes?

It is not a legal requirement to wear a helmet whilst cycling, however, it is strongly recommended for your own safety. The Road Vehicles Lighting regulations requires cyclists to fit reflectors to their bike and not the helmet, the law specifically states that the lights cannot be higher than 1500mm from the ground in any case.

▪ A large number of accidents happen with vehicles turning left - If I am turning left and a cyclist is on my inside, who has right of way?

Cyclists have the same rights on the roads as everyone else. You would be expected to give way to any vehicle to your left whether that be a cycle lane, bus lane or a tram. Therefore the cyclist would have right of way.

▪ Can you lose your driving licence by committing a cycling offence?

It is an offence to ride a bicycle whilst unfit to do so through drink or drugs. Therefore, the best advice would be to avoid anything that may impair your judgment or competence if you intend to go cycling. Section 30 of the Road Traffic Act 1988 states that an individual unfit to ride through drink or drugs to such an extent as to be incapable of having proper control of the cycle is guilty of an offence. Should anyone be caught of such an offence, they would not be subject to any points on their UK driving licence. However, the powers of Criminal Courts Sentencing Act 2000 states that a court can disqualify a cyclist from driving a car for any offence.

- It is an offence for any person to ride a bicycle in a manner that would be considered dangerous by a competent and careful cyclist; or which may cause injury to any person or damage to property.

- It is an offence to ride a bicycle without due care and attention and consideration for others.