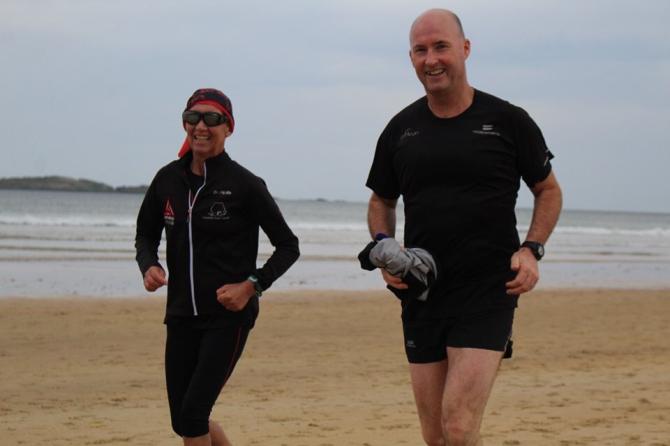 Kay and husband Gary Kendall complete their run on Saturday.

RACKING up 250 parkruns is an achievement any athlete can be proud of.

Doing it while fighting Leukaemia, however, requires a whole new level of grit and determination.

But that is exactly what Coleraine woman Kay Hack has done. And if the milestone wasn't special enough - given her ordeal of the last six months - she did it on her beloved East Strand in Portrush.

Keen runner and parkrun enthusiast Kay became worried back in January when her parkrun performances deteriorated.

At first, she put it down to post-Christmas sluggishness but, as her times continued to ‘go south,’ as she put, it she began to think something might be wrong.