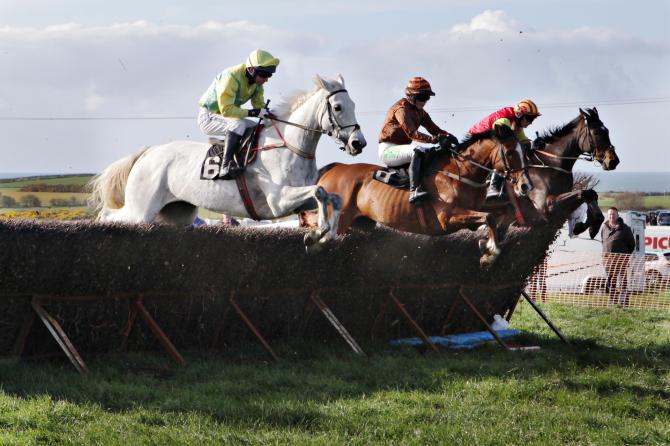 Safely clearing the fences at the Route Hunt Point to Point races. WK14KC142SP

TIGER Roll’s heroics in the Randox Grand National may have grabbed all the racing headlines at the weekend but there has been plenty of action nearer home, thanks to the Route Hunt Spring Point to Point races.

The annual event, held at Loguestown Road outside Portrush, attracted a large number of entrants and spectators on a perfect day for racing.

There were seven races in total  as there were 19 runners entered in race one; that meant this race had to be divided as the maximum runners in the four  year old race is 17.

On the day, 77 horses ran, giving an average of almost eight horses per race which made for a good day’s racing.

The turn-out prize of £20 per race was sponsored by local company Flexalan products and owner Mr Rex Humphries choose the winner and presented the prizes.