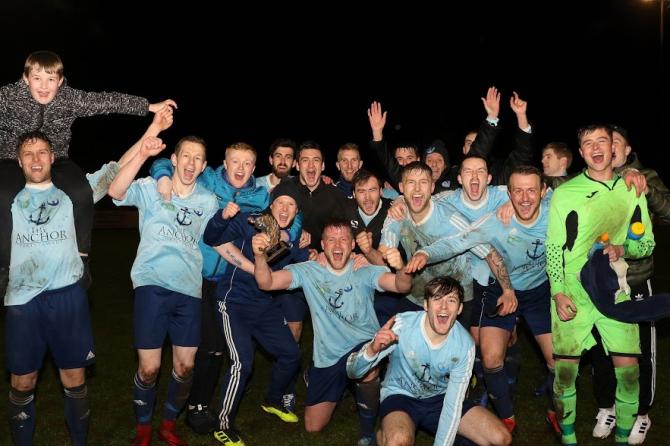 The Ardoyne club defeated Banbridge Rangers 3-2 in the first semi-final before the Seahawks upset cup holders Queens 1-0 in the remaining last four tie on Wednesday evening.

Defender Karl Steele was the hero for the north coast side as his second half free-kick evaded the attentions of the Queens keeper for the only goal of a tightly-fought match.

It was his second such goal in as many games after scoring  in the league draw with Banbridge Town the previous weekend and no doubt Ports’ boss Johnny Law will be looking to use this weapon in the final at the National Stadium in Belfast on Thursday May 9.

“We’ve played Queens twice in the league this season and they beat us the same way both times by having two big lads up front and pumping the ball up to them,” said Law.

“I felt we were mugged twice but I also think we learned a lot from those two games.