Cooper believes Suzuki is the catalyst for North West success 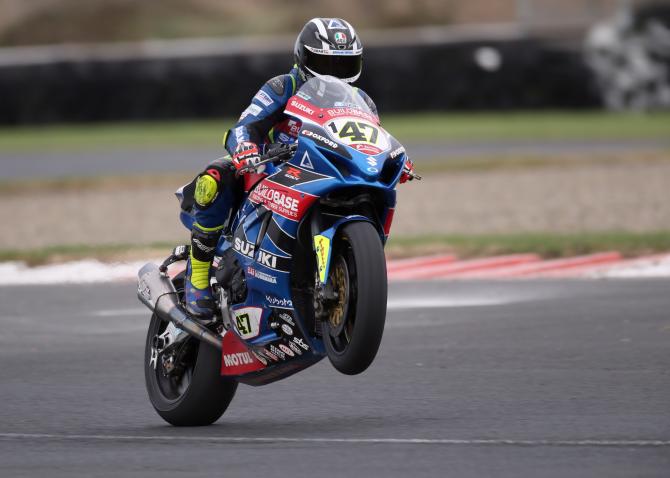 BUILDBASE Suzuki’s Richard Cooper ‘genuinely’ believes that he will have the best Superbike on the grid at the 90th anniversary of the North West 200 in May.

Cooper’s career speaks for itself as he has been involved in the BSB paddock for many years. Last October, the Nottingham rider showcased his talent on Irish soil as he tasted success at the annual Sunflower Trophy races at Bishopscourt in October last year.

The 25-year old is set to contest the National Superstock 1000 series in the British championship but insists that he is relishing his debut on the roads at the North West 200 in May.

Speaking to Chronicle Sport, Buildbase Suzuki’s Richard Cooper said that he is excited to get going around the Triangle Circuit:

“I think a massive plus for me is that I have an experienced team in the Buildbase Suzuki boys who previously ran Michael Dunlop and that alone speaks for itself,” he said.

“We are a factory team and there are a lot of riders on the grid that would give a lot to have a similar package as mine.

“I genuinely believe I have the best Superbike on the grid and as far as a Superstock machine goes they are all quite similar – the advantage I have is that I will be riding the bike regularly in the British Championship leading up to the North West.