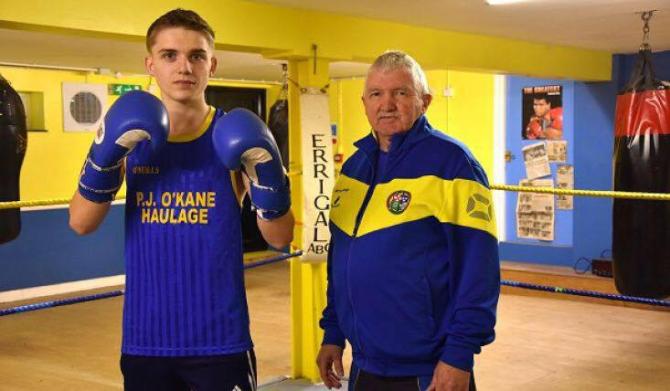 SWATRAGH boxer Dominic Bradley is looking to add a first Senior Elite title to an already impressive CV when he fights in Dublin's National Stadium this weekend.

The talented teenager is a six-time Irish champion at various underage levels but this is his first appearance in the senior ranks.

The Errigal ABC boxer fights David Oliver Joyce of Dublin's Ballymun club in Saturday's final, a repeat of their Under-22 clash from several weeks ago which the Dubliner won.

"Dominic is coming up against a dangerous southpaw opponent but he's well prepared so we'll see what happens," said coach Danny Deighan.

To read more, see The Chronicle.