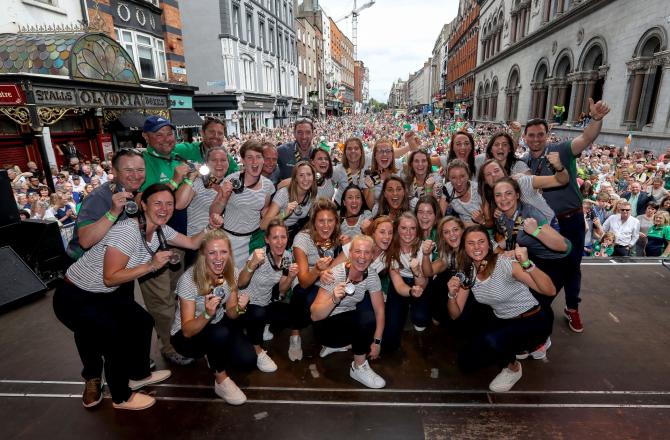 The Ireland Womens Hockey squad and coaches enjoyed a heroe's reception on their return to Dublin following their exploits in last summer's World Cup in London.

IRELAND Womens Hockey captain Katie Mullan has paid tribute to head coach Graham Shaw who has revealed he is leaving to take up a similar role with New Zealand.

Shaw had been a member of the Ireland coaching set up since 2010 and won great praise last year after leading Ireland to the World Cup final in London.

Under his watch, the Green Army went from 16th to eigth in the world rankings.

“On behalf of the Green Army I would like to thank Graham for all that he has given to our team," said Coleraine-born Katie.

"He led us to a moment none of us will ever forget at the World Cup and the Blacksticks are very lucky to have him.

"We wish him all the best with this new adventure," added the former Ballymoney player.