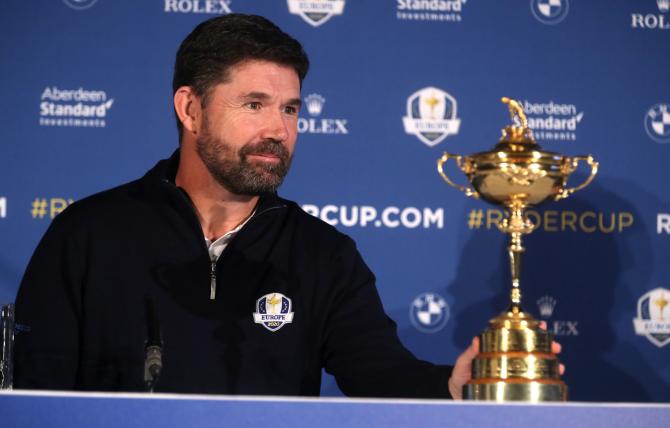 IRELAND stands to be the big winner following confirmation that this year's Ryder Cup has been postponed for 12 months.

Organisers of the biennial tournament between Europe and the USA's top golfers confirmed on Wednesday that they had taken the decision to call off September's planned event because of the coronavirus pandemic.

It will now take place, health and safety permitting, at Whistling Straits in Wisconsin in 2021 and every two years thereafter.

That means Adare Manor in county Limerick is in line to host the centenary event in 2027, following on from Rome in 2023.

"Economics do come into it but I do believe there are some really strong benefits in 2023, it will allow Rome to be an even stronger event," said Guy Kinnings, Europe's Ryder Cup director,

"I think the opportunity of having the centenary, which none of us had envisaged, will allow us to build on the heritage Ireland has embraced, we saw it last year with the Open Championship," he added.

Continuing concerns over coronavirus meant the Wisconsin venue was unable to host fans this year - a scenario both captains, plus organisers and the majority of players likely to be involved, were not in favour of.

"Rescheduling the Ryder Cup was never going to be an easy decision but I believe it is the right assessment given the unprecedented circumstances we are facing at this time," said Europe captain Padraig Harrington.

"If that cannot be responsibly recreated at Whistling Straits in September, then it is correct that we all wait until it can be.

"I know, right now, that September 2021 feels like a long time away but it will come around quickly and I guarantee that the European players and I will be ready when it does," he added.

The European Tour's qualification process has been frozen until the beginning of the new year, with all points earned to date still counting, but the US has yet to decide on its criteria.